WNBA star Liz Cambage is accused of directing a racial slur toward members of the Nigerian national team during a scrimmage before last year's Tokyo Olympics, according to a report.

Anonymous Nigerian players claim the Australian and Los Angeles Sparks center called them "monkeys" and told them to "go back to your Third World country" during a closed-door scrimmage, the Daily Telegraph (Australia) reported. 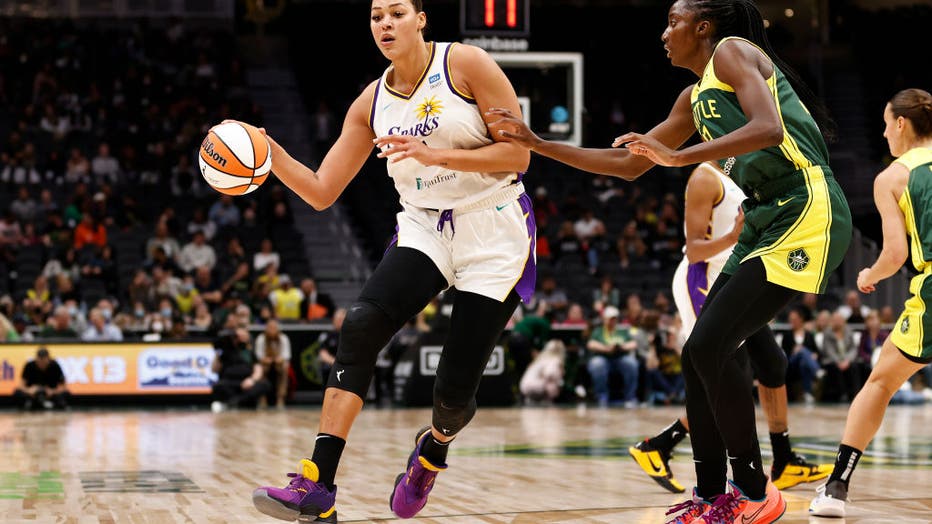 SEATTLE, WASHINGTON - MAY 20: Liz Cambage #1 of the Los Angeles Sparks dribbles against the Seattle Storm during the first half at Climate Pledge Arena on May 18, 2022 in Seattle, Washington. NOTE TO USER: User expressly acknowledges and agrees that,

Cambage, 30, reportedly made the comments during an altercation during the scrimmage. She was allegedly seen elbowing one opposing player in the head and slapping another.

"That’s what I recall, the term monkeys, yes. And ‘go back to where you came from’," a Nigerian player told the Telegraph. "She definitely did use monkeys or monkey."

"I was on the court. She definitely said ‘go back to your Third World country’," another anonymous player added. "I didn’t hear it, but [teammates] confirmed she called us monkeys."

The incident led Australian officials to halt the game just before the end of the second quarter. Cambage, whose father is Nigerian, apologized to the African team after the incident, which reportedly wasn't well received by the players.

"Although she’s Australian, we knew she was half Nigerian. So, before then, it was like she was one of us," another Nigerian player added. "That was another thing to cut deep, for her to do that and not show any remorse at all." 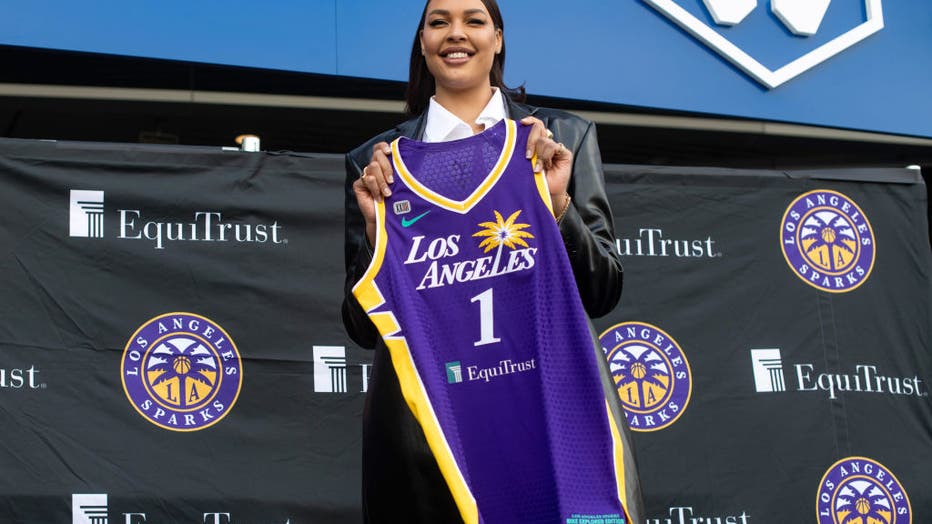 Cambage later announced she was pulling out of the coronavirus-delayed Tokyo Olympics, citing her mental and physical health.

"Relying on daily medication to control my anxiety is not the place I want to be right now. Especially walking into competition on the world’s biggest sporting stage," she wrote in a statement. "It breaks my heart to announce I’m withdrawing from the Olympics, but I think it’s best for the Opals and myself."

The comments by Nigerian players came after Cambage took aim at the Australian women's national basketball team earlier this month.

"My heart lies with those who want to protect me and those who want me to be the best I can be," Cambage said, via ABC Sport. "And I never felt that at the Opals at all. So, yeah, I’m good."

Cambage, a four-time WNBA All-Star, signed with the Sparks earlier this year. She was selected No. 2 overall by the Tulsa Shock in the 2011 draft.