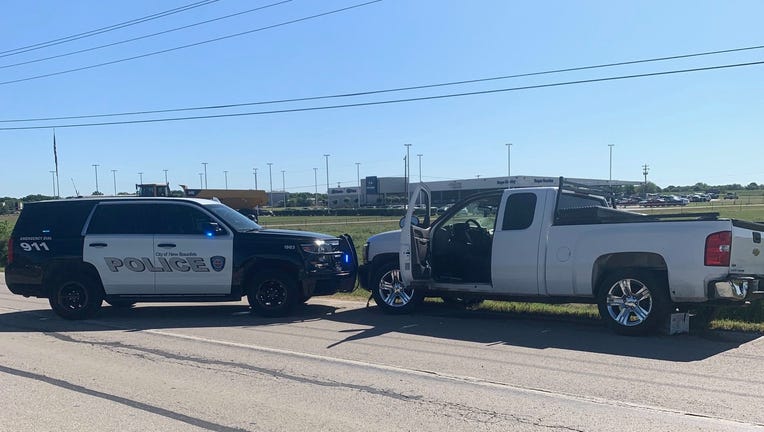 NEW BRAUNFELS, Texas - Officers from the New Braunfels Police Department were involved in a pursuit that led to the arrest of a woman on Thursday morning.

According to police, 28-year-old Rachel Vaquera of San Antonio was arrested after she led police on a pursuit from San Antonio into New Braunfels.

NBPD officers located the vehicle and attempted a traffic stop on Northbound I-35 around FM 306. The driver, Vaquera, refused to stop and continued northbound on 1-35 at a high rate of speed.

Officers pursued the vehicle until Vaquera pulled over on the shoulder of Watson Lane, but refused to exit the vehicle. She then sped away from officers again heading northbound at a high rate of speed. The pursuit continued on 1-35 through San Marcos and came to end just south of Kyle when NBPD officers successfully attempted a PIT maneuver on the stolen vehicle.

Again, Vaquera refused to exit the vehicle, at which point officers used a department-issued less-lethal weapon on Vaquera. According to NBPD, officers shot a single foam round from a 40mm rifle, causing Vaqerua to surrender without further incident or injury.

No officers or members of the public were injured during the pursuit, police say.

Vaquera was transported to a New Braunfels area hospital where she was medically cleared and then transported to the Comal County Jail on charges of Unauthorized Use of A Motor Vehicle and Evading Arrest in a Vehicle.