COLLEGE STATION, Texas (AP) - Texas A&M receiver Ainias Smith was arrested early Wednesday on charges of driving while intoxicated, unlawful carrying of a weapon and possession of less than 2 ounces of marijuana, according to Brazos County jail records. 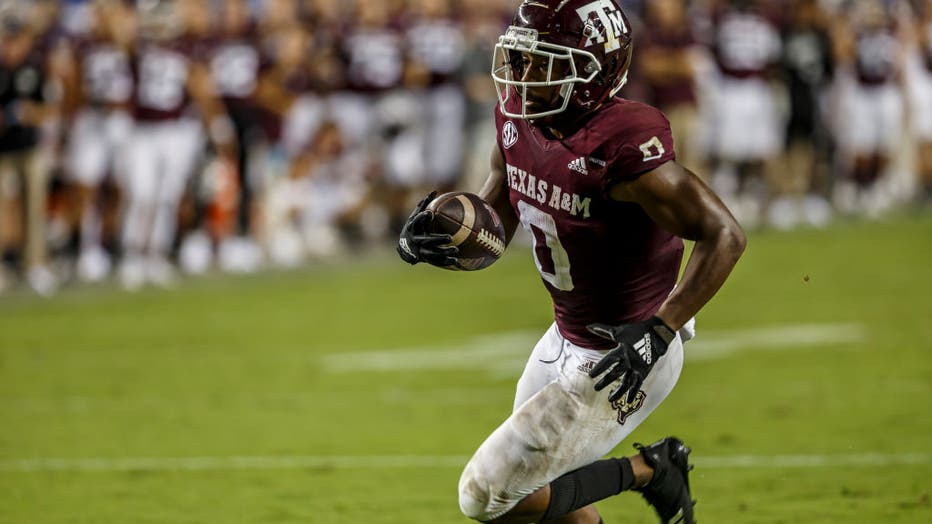 Smith, 21, was arrested by Texas A&M police and was booked into the Brazos County jail. He posted $8,000 bond and was released later Wednesday, according to jail records. The records did not indicate if he had an attorney who could speak on his behalf.

Smith has been suspended from the football team per athletic department policy following his arrest, according to Alan Cannon, a spokesman for Texas A&M. Cannon added that coach Jimbo Fisher was aware of the situation and looking into it.

Smith was scheduled to attend SEC Media Days on Thursday in Atlanta with Fisher and two other players.

Smith is Texas A&M’s top returning receiver after grabbing 47 catches for 509 yards and six touchdowns last season. He has 1,321 yards receiving with 15 touchdowns in three seasons with the Aggies.