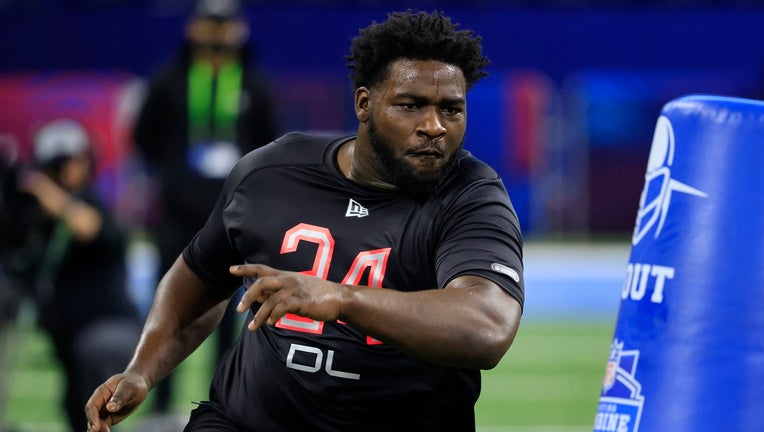 Devonte Wyatt #DL24 of the Georgia Bulldogs runs a drill during the NFL Combine at Lucas Oil Stadium on March 05, 2022 in Indianapolis, Indiana. (Photo by Justin Casterline/Getty Images)

The Decatur, Georgia native was a four-star prospect who became a regular starter for the Bulldogs in 2020. He went for 25 tackles, two for loss in 10 games.

He earned first-team All-SEC selection and helped lead the Bulldogs in the 2021 national title run going for 39 tackles, seven for loss with 2.5 sacks, two forced fumbles in 14 starts.

Wyatt is the 28th overall pick.

He is the fourth player from the Bulldogs to be picked in the first round and the second UGA defensive player picked by the Packers.

Three members of Georgia's defense that led the Bulldogs to the national championship have been selected in the first round of the NFL draft so far.

The most defensive players selected from one school is four set by the University of Miami in 2004 and tied by Florida State two years later.