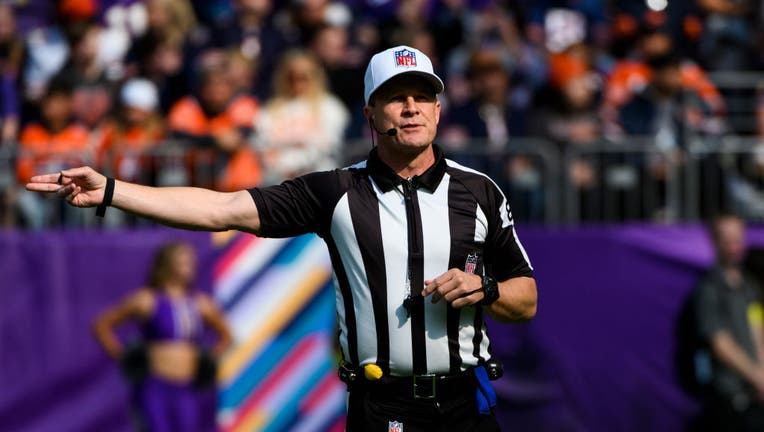 MINNEAPOLIS, MN - OCTOBER 09: Referee Shawn Hochuli calls a delay of game penalty in the first quarter of the game between the Chicago Bears and Minnesota Vikings at U.S. Bank Stadium on October 9, 2022 in Minneapolis, Minnesota. (Photo by Stephen Ma

NFL referee Shawn Hochuli was caught with his microphone still on during the Kansas City Chiefs and Jacksonville Jaguars AFC divisional-round game on Saturday at Arrowhead Stadium.

In the second quarter of the game with the Chiefs leading 10-7, officials threw a penalty flag on Arden Key for roughing the passer. Hochuli must’ve turned his microphone on a bit too early and was heard expressing his frustration with the noise level.

"Everybody shut up," Hochuli was heard saying before the penalty was announced. 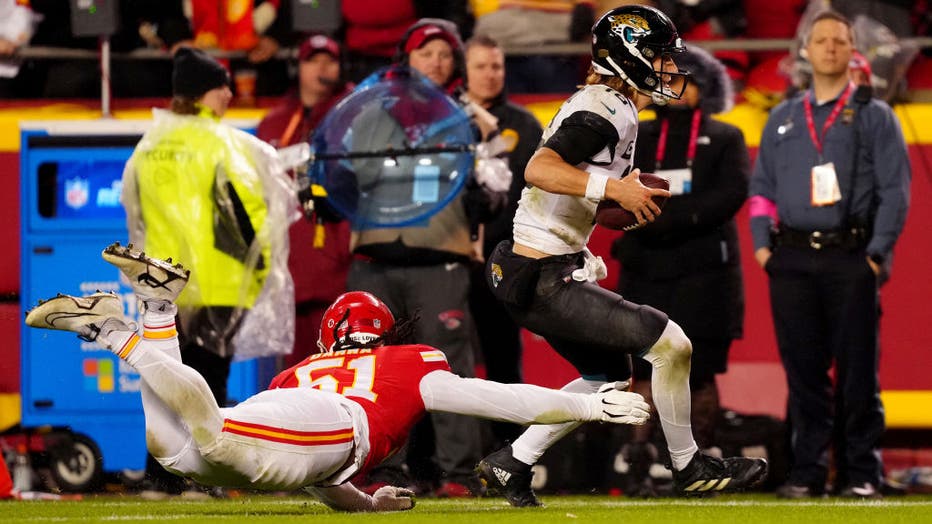 KANSAS CITY, MISSOURI - JANUARY 21: Trevor Lawrence #16 of the Jacksonville Jaguars runs the ball for a first down against Mike Danna #51 of the Kansas City Chiefs during the fourth quarter in the AFC Divisional Playoff game at Arrowhead Stadium on J

Hochuli’s touch of honesty sent fans into a frenzy on social media.

Hochuli, the son of retired official Ed Hochuli, began his career in the NFL in 2014. In 2018, he was promoted from back judge to referee.

He also served as an official in the Pac-12 Conference, the Arena Football League and Arena Football 2. In last year’s NFC divisional-round game between the Tampa Bay Buccaneers and the Los Angeles Rams, he gave Tom Brady an unsportsmanlike conduct penalty.

The noise level at Arrowhead Stadium was a point of contention before the playoff game between the Chiefs and Jaguars.

Jacksonville quarterback Trevor Lawrence said he couldn’t imagine the fans at Arrowhead Stadium being much louder than Jaguars fans during the team’s comeback win in the wild-card round.