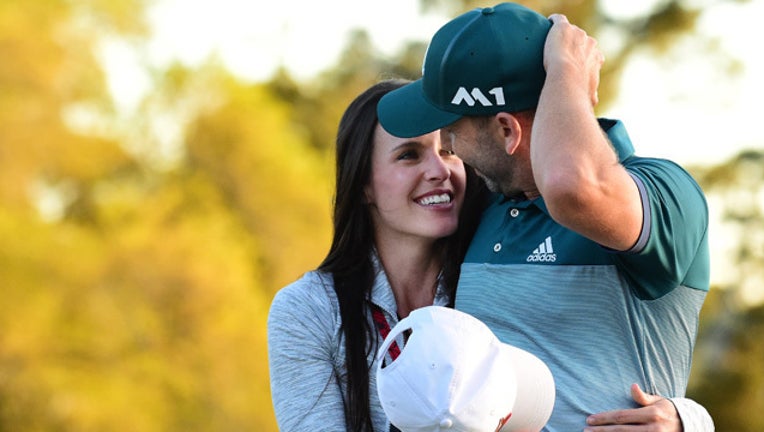 Sergio Garcia of Spain embraces Angela Akins in celebration after defeating Justin Rose of England on the first playoff hole during the final round of the 2017 Masters Tournament on April 9, 2017 in Augusta, Georgia (Photo by Harry How/Getty Images)

AUSTIN, Texas (AP) - Sergio Garcia now has more than a green jacket to remind him of his victory at the Masters.

He has a daughter .

Augusta National is known for its spring beauty, particularly the azaleas. One of the more pivotal moments in his victory last year was at the 13th hole - named "Azaleas" because of its 1,300 bushes on the par 5 - when Garcia hooked his tee shot beyond the hazard, took a penalty drop, chipped out and still managed to save par and not lose any ground. He followed with a birdie and an eagle and wound up winning in a playoff over Justin Rose.

Adele is his wife's middle name.