The Longhorns (2-0) raced to a 16-0 lead in the first five minutes. Texas forced 21 turnovers in the game, including 12 steals, that resulted in 32 points.

"We want to push the ball," freshman Dillon Mitchell said. "When we go out and run we’re a dangerous team."

Sir’Jabari Rice scored 11 points for Texas. Mitchell had 10 points and 12 rebounds, including eight of the Longhorns’ 21 on offense. They scored 19 second-chance points.

"We want to be one of the top teams in the country as far as crashing the boards," Mitchell said. "That was a big emphasis." 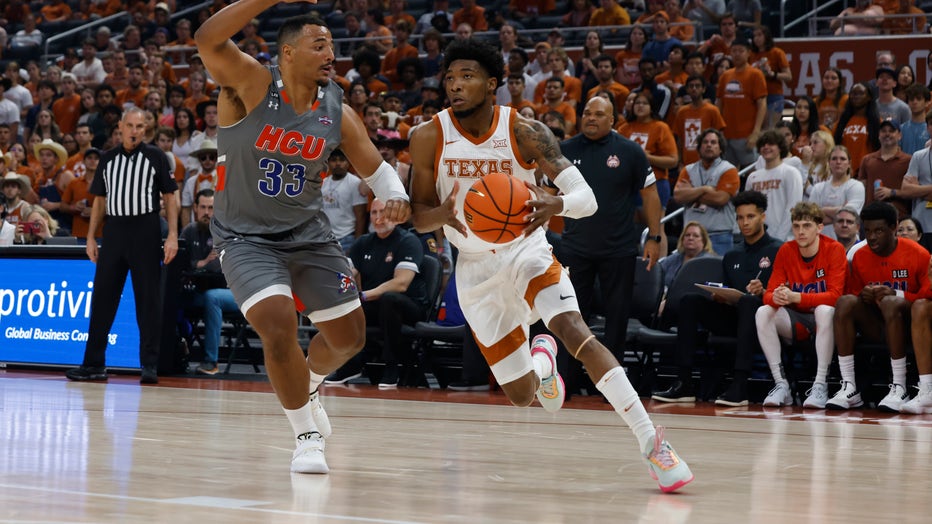 Dylan Disu, who spent much of last season playing while recovering from knee surgery, looked spry, scoring eight points and making two blocks, one by chasing down a fast-breaking Brycen Long.

The Longhorns were strong inside, producing 52 points in the paint and outrebounding Houston Christian 56-33. But Texas made just 3 of 22 3-point attempts, missing its first 14.

Texas raced to a 39-12 halftime lead as Houston Christian (0-2) committed 16 turnovers. The Longhorns scored 30 points in the paint but missed all 11 of their 3-pointers in the period. And it didn’t matter.

"Their pressure — they are so good defensively," Houston Christian coach Ron Cottrell said.

Houston Christian: Tristan Moore led Houston Christian with eight points. The Huskies shot 21.7%. The Huskies never gave themselves a chance. They missed their first five shots and committed seven turnovers while quickly falling far behind. "Obviously, they came out and blitzed us," Cottrell said.

Texas: The Longhorns advanced to the second round of the NCAA Tournament by beating Virginia Tech last season, Beard’s first as the school’s coach. But they had some deficiencies, including a lack of superior athleticism. The addition of the 6-foot-8 Mitchell signals improvement in that area. During one stretch of less than two minutes in the first half, Mitchell cut along the baseline to dunk a pass from Hunter, ran down Pierce Bazil to block a fast-break layup attempt from behind, and converted an offensive rebound in to a layup.

Texas honored Darius Lee, the Houston Baptist star who was shot and killed on June 20 in New York City, his hometown. The Longhorns gave shirts with Lee’s number, 23, to Houston Christian players.

"To see them do that was really special," Cottrell said. "We’re seeing too much around the country right now with people losing friends and family and teammates to gun violence. It’s hard to put into words the emotion we’ve gone through."

Beard said he appreciated his players coming up with the idea.