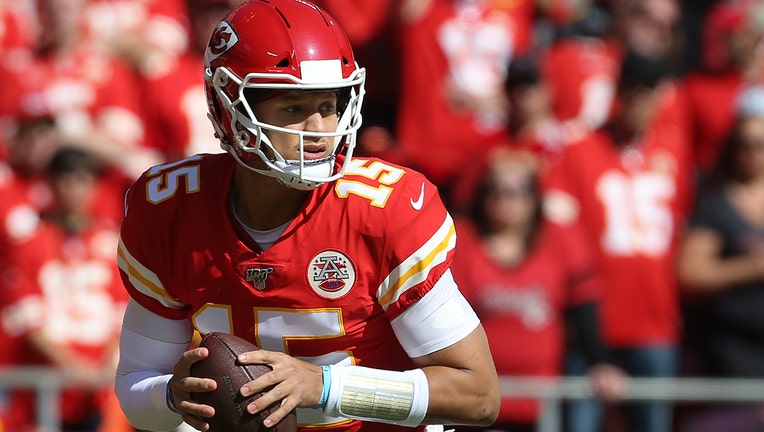 Kansas City Chiefs quarterback Patrick Mahomes (15) rolls out in the first quarter of an NFL matchup between the Houston Texans and Kansas City Chiefs on October 13, 2019 (Photo by Scott Winters/Icon Sportswire via Getty Images)

DENVER - The Kansas City Chiefs may currently lead the AFC West, but a two-game losing streak has everyone asking whether or not quarterback Patrick Mahomes can regain his MVP form in the highly anticipated AFC West divisional match-up at Empower Field on Thursday.

Patrick Mahomes has been called the Michael Jordan of football, but some fans are wondering if he can live up to the hype after a rough start to the season.

But while the Chiefs struggle in defense, fans should be quick to remember that before last week’s game against the Titans, the Broncos had been tied with the Miami Dolphins and Atlanta Falcons for the least number of sacks in the NFL with five.

WHAT’S MORE OF A THREAT TO KANSAS CITY: DENVER’S DEFENSE, OR THEIR OWN?

Following a shutout win against Tennessee, Denver’s defense may prove to be a serious threat to Kansas City, a team that allowed 472 yards on Sunday against Houston.The Broncos have won their last two games and hope to continue the trend against their division rivals on Thursday.

Thursday Night Football kicks off at 8:20 PM ET on FOX at Empower Field at Mile High Stadium with play-by-play announcer Joe Buck and analyst Troy Aikman. Reporters Erin Andrews and Kristina Pink call the action from Denver along with FOX's NFL rules expert Mike Pereira, joining to provide explanations on officiating and rules throughout the game.