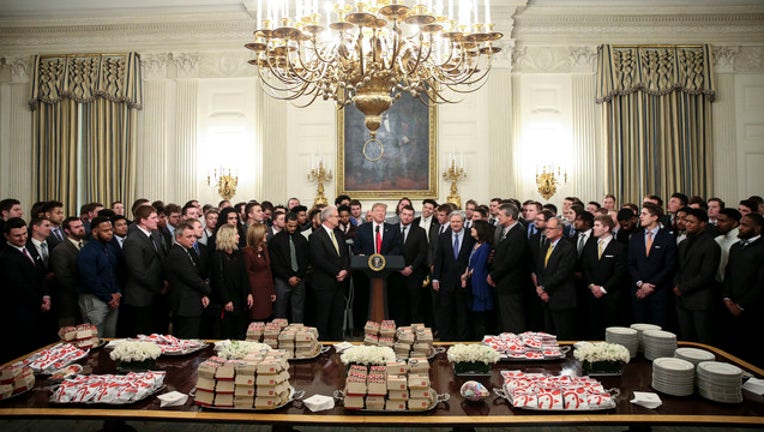 President Trump speaks behind a table full of McDonald's hamburgers, Chick fil-a sandwiches and other fast food as he welcomes the 2018 Football Division I FCS North Dakota State Bison on March 4, 2019. (Photo by Oliver Contreras-Pool/Getty Images)

Trump served a similar spread that included hundreds of hamburgers to the college football champion Clemson Tigers in January, citing the government shutdown that was underway.

Trump says he could have offered the players chef-prepared food, but, "I know you people."

The Bison, who have the most titles in the NCAA Division 1 Football Championship Subdivision, ended the season on Jan. 5 with a 38-24 win over Eastern Washington University.