AUSTIN, Texas - USA’s World Cup run ended Saturday after falling 3-1 to the Netherlands in a Round-of-16 match up.

"I still have a little picture of when I was three years old kicking a ball. Europeans don’t pick a ball up, we kick it," Netherlands soccer fan Dirk Colpaart said.

Dirk Colpaart is from the Netherlands but has lived in the United States for 45 years. He said watching Saturday’s game was a one-in-a-lifetime experience. 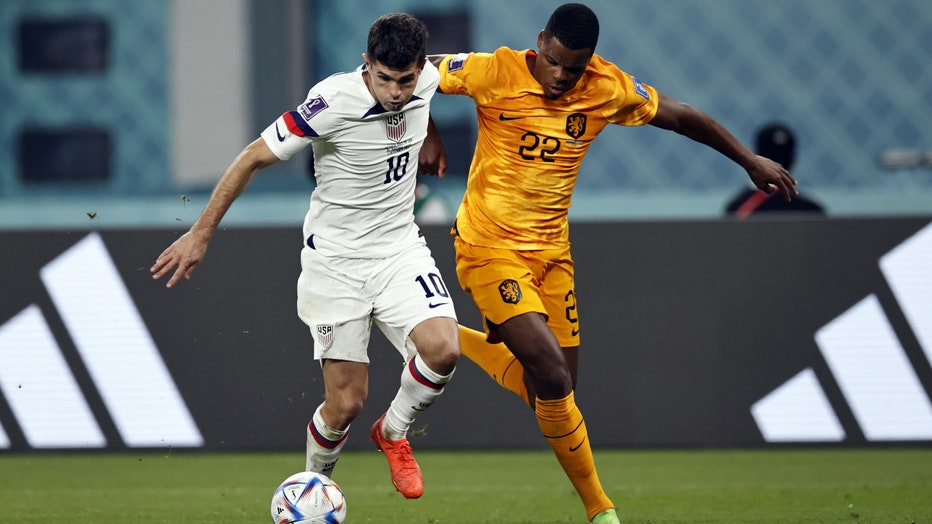 AL-RAYYAN - (l-r) Christian Pulisic of United States, Denzel Dumfries of Holland during the FIFA World Cup Qatar 2022 round of 16 match between Netherlands and United States at Khalifa International stadium on December 3, 2022 in AL-Rayyan, Qatar. AN

"My son over here, he goes, come on get out of bed and see it with me, and I’m glad I did that," Colpaart said.

He said soccer is his childhood. "You grow up with it and like over here, they grow up with football essentially, but it’s so much better because it’s a world sport," Colpaart said.

He said he’s excited the sport and fan base is growing in the U.S.

"I love that it’s picking up and you know, Austin has a great team now, it’s just fantastic," Colpaart said.

The Netherlands won Saturday. The Netherlands scored two goals in the first half. The U.S. scored one in the second half, but the Netherlands answered a few minutes later with another goal making it 3-1 and knocking the U.S. out of the World Cup.

"My favorite thing about watching soccer is the environment that we’re in to be able to support our favorite teams and come together to watch the thing we really enjoy," youth soccer player Adam Kerem Sahin said.

It’s been eight years since the U.S. was in the World Cup. The U.S. program has evolved, just as its fans have.

"It just brings everyone together. I don’t know half these people, but we’re rooting for USA and when a goal is scored, we’re best friends with everyone here," USA soccer fan Jordan Braun said.

In four games, the U.S. National Team had a single World Cup win, got out of the group, and played in a Round of 16. All was accomplished with the youngest team at the tournament while youth soccer players back home looked up to them.

"It would really be fun to represent my country and hopefully win the World Cup for them," Sahin said.

Now the U.S. will look to 2026 co-hosting the World Cup with Canada and Mexico.

"2026 is really what we’re all looking forward to, but it’s really exciting to see the team today," Braun said.

The Netherlands advance to the World Cup quarterfinals.