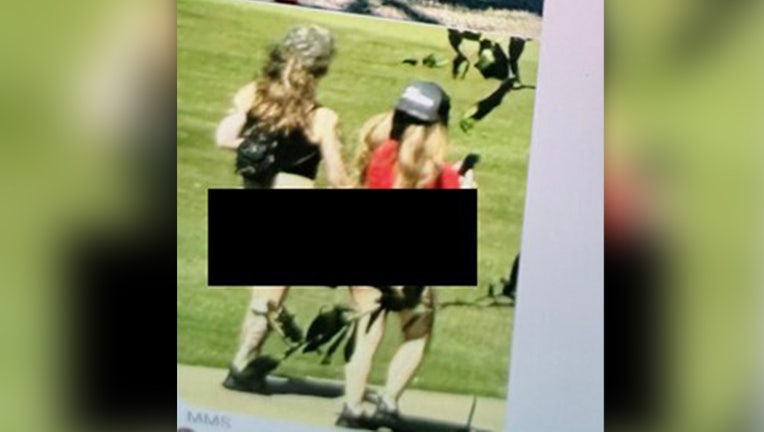 Photo of people participating in an adult entertainment club's event at Avery Ranch golf course which was going on at the same time the Vista Ridge High School golf team arrived for practice.

AUSTIN, Texas - A high school golf team was surprised by an adult entertainment club's event at an Austin golf course when the team arrived for practice on October 3.

Allen says the team arrived for practice at the golf course and discovered that a local adult entertainment club was hosting an adult golf tournament and that the adults were "acting very inappropriately" and that the team's golfers "did witness some lewd behavior."

One of the team's coaches immediately canceled practice and all players contacted their parents to pick them up.

Allen says in the letter that Vista Ridge golf coaches had no prior knowledge of the tournament that was taking place. He says school officials contacted Avery Ranch and were told that the course "was not aware that these inappropriate actions would occur" and that the course "does not condone these actions."

Avery Ranch will not host the group in the future, Allen says he was told.

Practice at Avery Ranch was also canceled for October 4 and was set to resume on October 5.

Allen says Vista Ridge has had a 20-year relationship with Avery Ranch. He says what occurred "is not acceptable" and that it will work closely with Avery Ranch to ensure it doesn't happen again.

The club holding the event is believed to be the Yellow Rose which according to the club's social media was hosting an event at Avery Ranch on October 3.