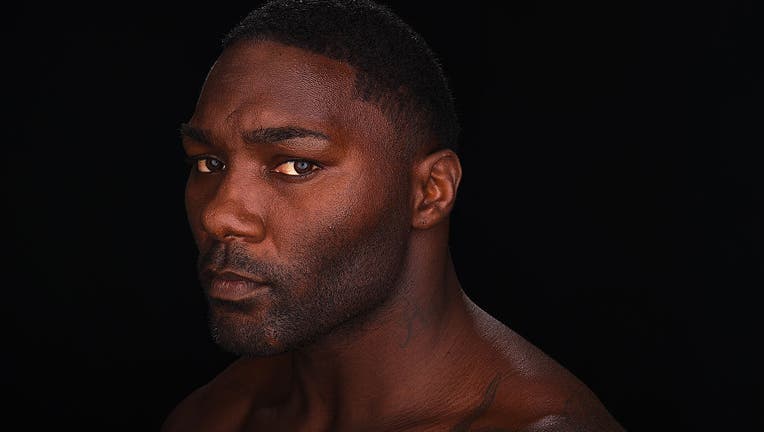 LAS VEGAS, NEVADA - MAY 20: UFC light heavyweight Anthony 'Rumble' Johnson poses for a portrait during a UFC photo session inside the MGM Grand Garden Arena on May 20, 2015 in Las Vegas, Nevada. (Photo by Jeff Bottari/Zuffa LLC/Zuffa LLC via Getty Im

Anthony "Rumble" Johnson, an MMA light heavyweight fighter who went 23-6 in his career, has died. He was 38.

Bellator MMA announced Johnson’s death on social media on Sunday. A Bellator spokesman said Johnson had been ill for more than a year.

"The BELLATOR family is devastated by his untimely passing and we send our condolences to his family and friends during this difficult time," the announcement said.

During his career, Johnson had 17 knockouts and six decisions. His last fight was in May 2021.

But in late October, Johnson’s manager spoke to ESPN, saying that Johnson was "going through some health problems right now ... he’s not doing well."

Daniel Cormier, a two-time Olympian and MMA fighter, expressed his condolences online, saying "for a guy who struck fear into so many peoples (sic) heart (he) was a caring person."

"From random text to check ins during loss," Cormier said. "What a person he was ... sometimes life doesn’t seem fair."