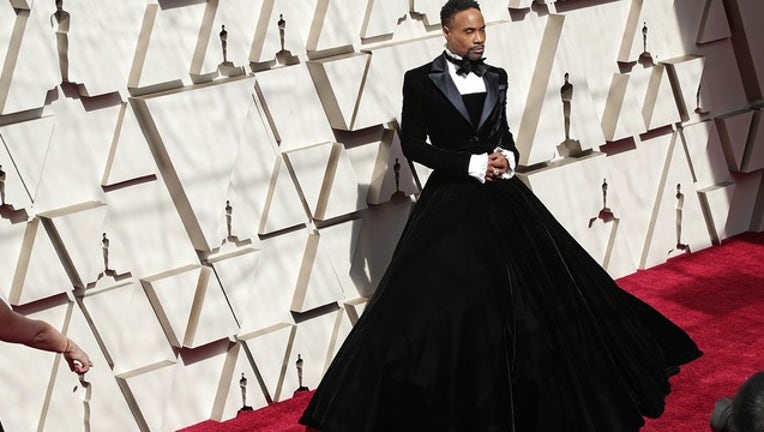 FOX NEWS - Billy Porter wanted to make a statement with his 2019 Oscars look — and he certainly accomplished his goal.

The "Pose" star turned heads as he walked the red carpet in a custom-made Christian Siriano tuxedo gown. His unique style essentially "broke the Internet," becoming a top trend on Twitter and Google Sunday night.

Ahead of Hollywood's biggest night, Porter explained the inspiration behind his iconic look.

"When you’re black and you’re gay, one’s masculinity is in question. I dealt with a lot of homophobia in relation to my clothing choices. [Even] when I had my first working contract at A&M Records, I was silent for a long time," Porter, 49, revealed to Vogue, noting his role in "Kinky Boots" really helped ground him.