The U.S. State Department raised the notion Tuesday that "sporadic contact" with WNBA star Brittney Griner, who is being held in Russia, is insufficient and may fail to meet the minimum requirements under the Vienna Convention.

Griner has been held in Russia since February for allegedly possessing vape cartridges containing oils derived from cannabis when she was coming back to Moscow. Her arrest wasn’t reported until March and her pre-trial detention was extended for another month last week.

The State Department is still pushing to have regular contact with Griner. A consular official was able to meet with the Phoenix Mercury star last week.

"That consular official came away with the impression that Brittney Griner is doing as well as might be expected under conditions that can only be described as exceedingly difficult," State Department spokesman Ned Price said. "But sporadic contact is not satisfactory. It also may not be consistent with the Vienna Convention to which Russia has subscribed." 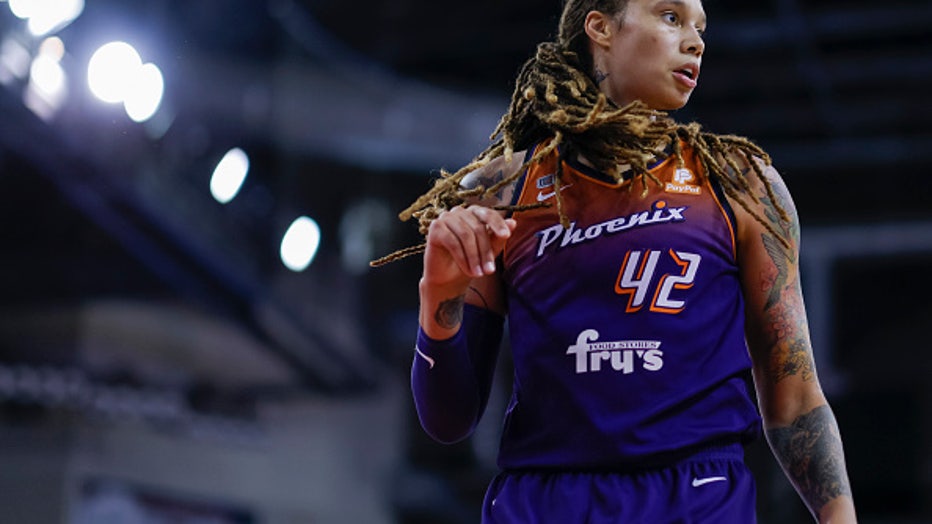 INDIANAPOLIS, IN - SEPTEMBER 06: Brittney Griner #42 of the Phoenix Mercury is seen during the game against the Indiana Fever at Indiana Farmers Coliseum on September 6, 2021 in Indianapolis, Indiana. NOTE TO USER: User expressly acknowledges and agr

The Biden administration has classified Griner’s status as "wrongfully detained."

NBA Commissioner Adam Silver spoke for the first time on Griner’s arrest ahead of the NBA Draft Lottery.

"We’ve been in touch with the White House, the State Department, hostage negotiators, every level of government and also through the private sector as well. Our No. 1 priority is her health and safety and making sure that she gets out of Russia," he said.

Griner could face 10 years in prison if she’s convicted in Russia. The Kremlin reportedly raised the idea of a prisoner swap for the basketball player with Viktor Bout, a convicted arms dealer, being a part of it.