Dodgers longtime ace Clayton Kershaw shared a touching moment with a 10-year-old boy after taking the mound in the 2022 MLB All-Star Game.

LOS ANGELES - Countless times, fans of the Los Angeles Dodgers have gotten used to seeing Clayton Kershaw deliver for the Boys in Blue from the mound.

But this time, the longtime Dodger ace came through in the clutch for a young boy from Colorado. After pitching a scoreless inning as the National League starting pitcher, the lefty fielded questions from the media in a short press conference. The last question came from 10-year-old Blake Grice.

The boy walked up to Kershaw to tell him a story about how his grandfather, a Redondo Beach resident, was a huge Dodger fan and had a bucket list, which included meeting Kershaw and broadcast icon Vin Scully. Unfortunately, Blake's grandfather died of brain cancer in 2014, and it is now up to the 10-year-old to complete the bucket list item for him, the boy explained to Kershaw.

"My grandpa loved you," he told Kershaw. "He wanted to meet you and Vin Scully one day. This moment is important to me because I’m living his story."

The boy's touching story prompted Kershaw to get up from the media seat to greet Blake.

"Thanks for telling me that. That took a lot of courage to tell me that," Kershaw told Blake.

The young content creator said he did not rehearse his speech to the Dodgers' Clayton Kershaw and spoke from the heart.

The next morning, Blake recounted the heartwarming moment on Good Day LA.

Young Blake has been creating social media content on his own since 2019 and he was able to get in touch with someone who helped him get the coveted credentials for the 2022 All-Star Game.

The young content creator said he did not rehearse his speech to the Dodgers' Clayton Kershaw and spoke from the heart. 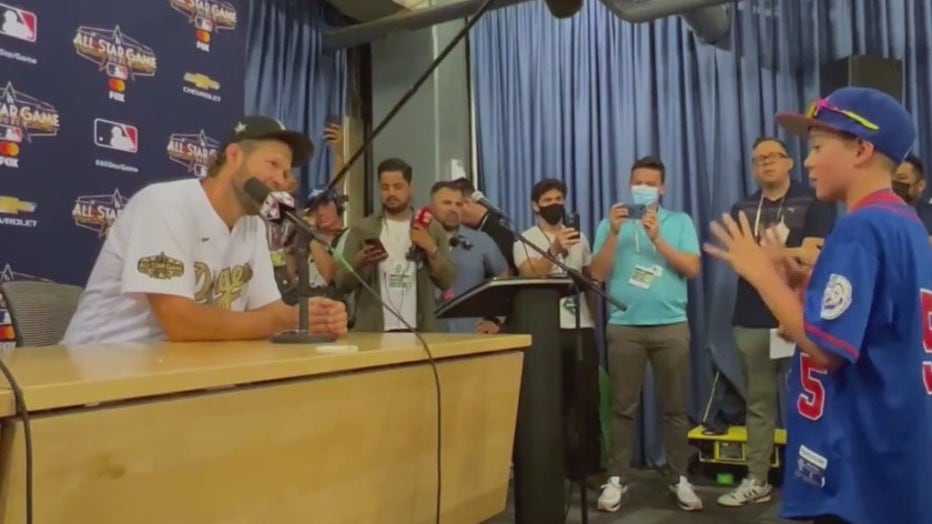 "I was a bit nervous because there were a lot of cameras and stuff…I just walked up. And was like ‘Hey Kershaw.’ I don’t think he heard me but then he turned around," he recalled. 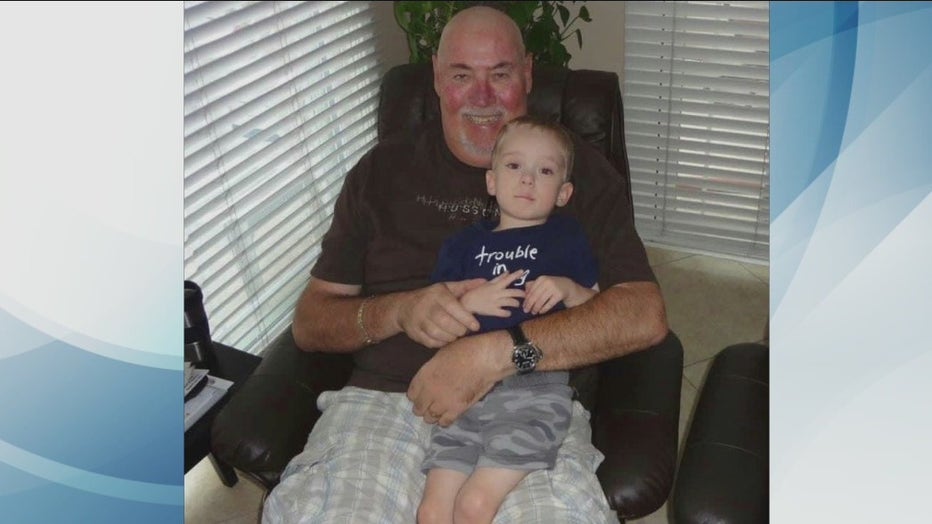 Blake explained about a week before his grandfather passed away, he came up with a bucket list of things he wanted to do with his son and grandsons. Now, his family continues to honor that legacy by completing that bucket list, including trips to US National Parks. Blake said the family has been to the Grand Canyon and Yellowstone.