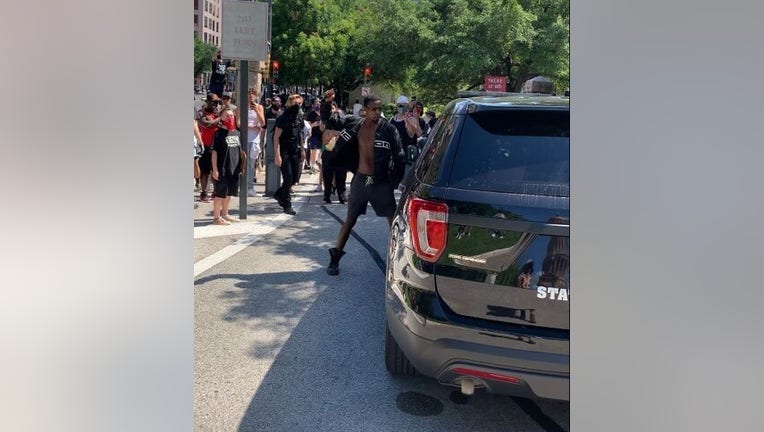 AUSTIN, Texas - The Texas Department of Public Safety has arrested another in connection with riots and criminal activity during protests in May at the Texas State Capitol.

Paul Lester Allen Jr, 21, of Austin was arrested Saturday on a fugitive warrant for misdemeanor riot in connection with the protests on May 30, during which DPS says he intentionally damaged a marked DPS patrol vehicle. Allen has been booked into the Travis County Jail.

DPS says Allen's arrest, along with several others made in recent weeks, is the result of an extensive investigation by special agents to identify suspects involved in violent and destructive behavior during the protests.

RELATED: Texas DPS searching for ten suspects from May protests

Texas DPS searching for ten suspects from May protests

The Texas Department of Public Safety said they have already arrested seven people on felony and misdemeanor charges that took place during the protests.&nbsp;

DPS is asking for the public's help in finding several individuals involved in other crimes during the protests in May.