AUSTIN, Texas - Texas’ new restrictive abortion law returns on Friday to a federal appeals court, where judges will consider a very narrow legal question: whether state medical licensing officials can discipline doctors and nurses for performing abortions in Texas after about six weeks of pregnancy.

This thin challenge is the only one left to abortion providers since the Supreme Court’s 8-to-1 decision in December, which kept the uniquely designed law largely intact. At Friday’s hearing, the New Orleans-based 5th U.S. Circuit Court of Appeals will decide whether that remaining challenge should be sent to the Texas Supreme Court or proceed in federal court.

Lawyers for Texas abortion providers have asked the U.S. Supreme Court to step in and force the 5th Circuit to instead send the case to a federal district court. The Supreme Court has not yet responded to that motion and unless it does before Friday, the appeals hearing will proceed as scheduled.

The Supreme Court has returned a lawsuit over the Texas Abortion Ban to federal appeals court.

Friday’s hearing is unlikely to change much about abortion access in Texas, where abortions after about six weeks of pregnancy have been effectively banned for more than four months.

"The best thing would have been for the Supreme Court to block this unconstitutional law, but we didn’t get that," said Amy Hagstrom Miller, the founder and CEO of Whole Woman’s Health, which operates four abortion clinics in Texas. "So we just have to keep trying to get some relief from this law."

But this last remaining challenge from the Supreme Court case will not substantially change the crux of the law, which empowers private citizens to sue anyone who, as the law says, "aids or abets" in an abortion after about six weeks of pregnancy.

"I’m not sure people are fully appreciating the impact of that Supreme Court ruling," said Marc Hearron, senior counsel for the Center for Reproductive Rights, which is representing the abortion providers. "The Supreme Court … has given the green light to these bounty-hunting schemes."

The Texas law, originally passed as Senate Bill 8, makes it illegal to help a pregnant patient obtain an abortion after fetal cardiac activity is detected, which is usually around six weeks of pregnancy.

The Supreme Court ruled in Roe v. Wade in 1973 that states cannot ban abortion before the point at which a fetus could likely survive outside the womb, usually around 24 weeks. For decades, the courts have blocked states, including Texas, from enacting pre-viability bans.

But SB 8 was specifically designed to withstand judicial challenge by empowering private citizens — not state officials — to sue anyone who "aids or abets" in a prohibited abortion for at least $10,000 per abortion.

By design, government officials are removed from enforcing the law, leaving abortion providers with no government entity to challenge in court.

Fearing financial ruin, abortion providers in Texas have completely ceased the procedure after fetal cardiac activity is detected, which is often before a patient even knows they are pregnant.

Whole Woman’s Health, which runs four abortion clinics in Texas, is the lead plaintiff on the case. Hagstrom Miller said the clinics have been serving less than 30% of their usual patient load since the law went into effect in September.

"Some people are going straight to Louisiana or another state where it’s more accessible," she said. "But a lot of people are just disappearing. They know their options are gone, they know they are over the limit and those are the folks that you are going to see over the next generation be impacted in really long-term ways."

In November, lawyers for the abortion providers argued before the Supreme Court that the law is unconstitutional and could be blocked by preventing the judicial system from taking these cases.

But the high court largely disagreed with the challenges brought by lawyers for the abortion providers. It did allow one challenge to proceed against state officials who would be responsible for revoking the medical licenses of anyone who was sued under the law.

"Doctors, nurses and pharmacists are at risk of losing their medical licenses if they violate this law," said Hearron.

But even if the court were to block these licensing officials from taking action, the primary threat of the law remains in place. Abortion providers could still face countless civil lawsuits, each for at least $10,000, for every abortion they perform.

Hagstrom Miller said her organization is committed to seeing this challenge through to the end, no matter how narrow.

"Hopefully, we’ll get some relief," she said. "It’s just hard to predict how much relief we’ll need for people to resume care." 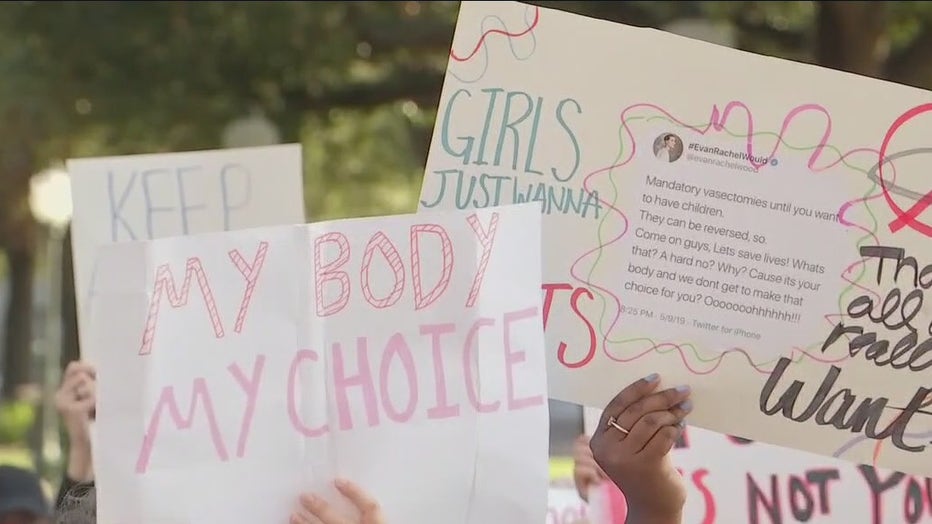 Where the case goes from here

The 5th Circuit has said it will consider whether the case should now be sent to the Texas Supreme Court to weigh in on whether the challenge to the medical licensing officials can proceed.

The Texas attorney general’s office did not respond to a request for comment. But in a court filing, lawyers for the state argued that sending the case to the Texas Supreme Court is the proper move.

"The Supreme Court made clear that it was offering only a tentative interpretation of Texas law," the filing reads. "The court reaffirmed that federal courts must follow the state judiciary’s interpretations of state law."

Lawyers for the abortion providers argued in a motion filed to the Supreme Court that the 5th Circuit should instead have immediately sent the case back down to the district court. 5th Circuit Judge Stephen A. Higginson agreed, writing in a dissent that there is nothing left for the court to consider.

"The defendants already lost this point in the Supreme Court," he wrote. "They should not get a second bite."

Involving the state supreme court could add months, or longer, to the resolution of this case. The U.S. Supreme Court did not block the law while this is being litigated, and the 5th U.S. Circuit Court of Appeals is unlikely to do so either.

The only real path to blocking the law runs through the district court, Hearron said. U.S. District Judge Robert Pitman briefly blocked the law in October, and there’s a pending motion for summary judgment before him.

"The plan for now is to keep trying to get back into district court to get a declaratory judgment," said Hearron. "Apart from that, providers are going to have to take a hard look at what they’re going to be able to do."

One option is for providers to intentionally violate the law and then challenge the resulting lawsuit in court on constitutional grounds. In October, Dr. Alan Braid, an abortion provider in San Antonio, said he had performed a prohibited abortion. He was sued three times and has asked a federal judge to throw out the suits on the grounds that the law is unconstitutional.

That case is ongoing.

Hagstrom Miller said she "fantasizes" about all the abortion providers statewide banding together to violate the law. But that would require putting their faith in a court system that has proven increasingly hostile toward abortion access in recent years.