NEW YORK - Hand sanitizers that are marketed to children are being recalled so they won’t eat them.

Ashtel Studios announced Thursday it is voluntarily recalling six types of .84-ounce sanitizer bottles because they are packaged “in containers resembling a food and drink pouch,” according to a recall notice from the U.S. Food and Drug Administration.

The hand sanitizers, which were marketed with children's' characters including PAW Patrol, Hot Wheels, Barbie, Trolls JoJo Siwa and Minions, were being sold under the brand name of Smart Care.

According to the notice, the recall does not affect any other Ashtel Studios hand sanitizers.

“We were recently made aware of a concern expressed by a parent regarding our hand sanitizer sold in a .84-ounce pouch,” a spokesperson for the company told FOX Business in a statement. “We took this concern seriously and immediately removed the product from retail.” 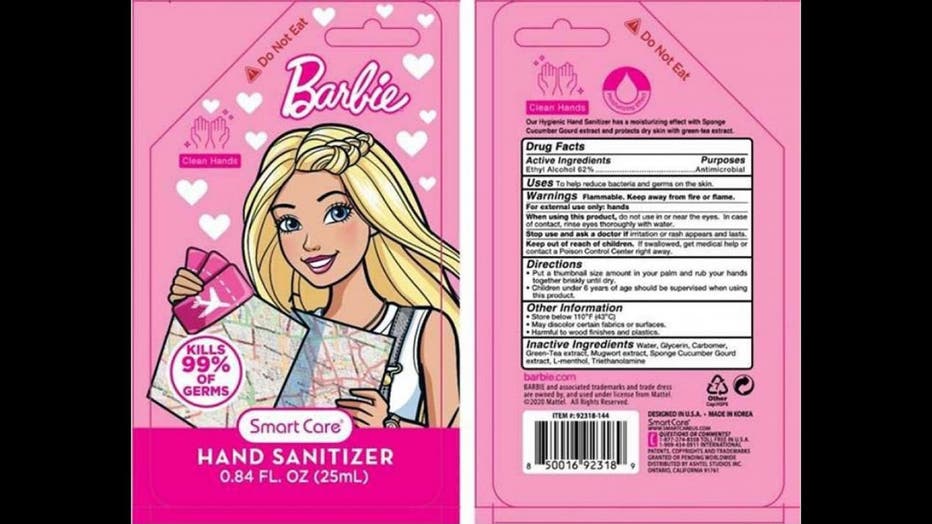 Ashtel Studios is voluntarily recalling six types of hand sanitizers marketed to children because they are packaged in containers that look like food or drink pouches. (FDA)

"As safety is our number one priority, we have switched out this packaging for our bottled hand sanitizer to eliminate any misconception or concern,” the spokesperson added. “We regret any inconvenience this may have caused.”

The recalled hand sanitizers were distributed to retailers in the U.S. and Canada, but they are no longer available for purchase, according to the notice.

If someone does have the hand sanitizers in their home, the FDA recommended that they “destroy it immediately.”

According to the recall notice, there have been no reports of adverse reactions.

However, if someone were to ingest hand sanitizer, they could suffer from alcohol toxicity, the notice said.

“Symptoms of alcohol toxicity may range from lack of coordination, slowed or slurred speech, drowsiness to coma, which can be fatal,” the notice said. “Furthermore, ingesting alcohol can affect the brain and cause impaired driving or operating heavy machinery. Alcohol can also interact with numerous drugs which may result in serious adverse effects.” 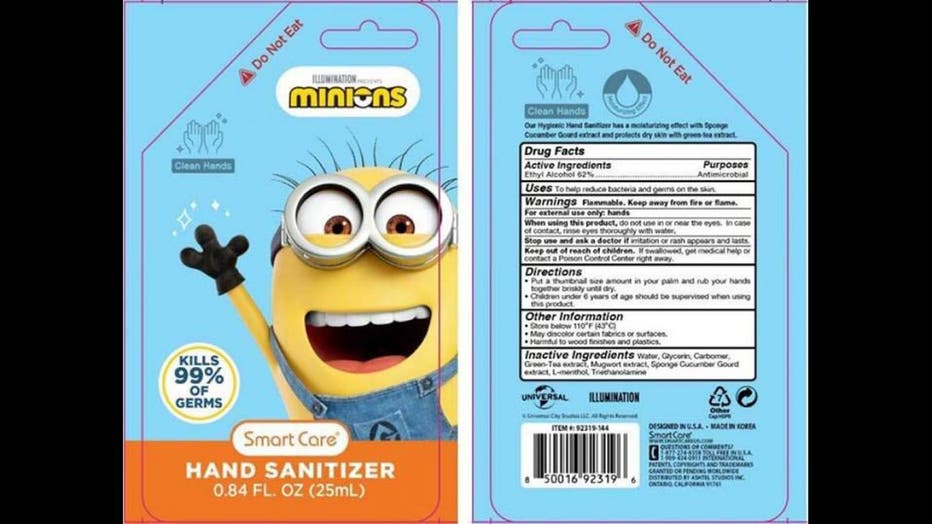 According to the recall notice, the recalled products are no longer available for sale, but if someone has one, they are advised to destroy it. (FDA)

This summer, the FDA warned against hand sanitizers that are “packaged to appear as drinks, candy or liquor bottles … because their appearance could result in accidental ingestion or encourage ingestion.”

“Children are particularly at risk with these products since ingesting only a small amount of hand sanitizer may be lethal in a young child,” the agency said on its website.