LAKEWAY, Texas - The Lakeway Police Department is asking for the public's help in identifying a man they say shoplifted items from a store.

Officers responded to an unidentified store just after 2:30 p.m. June 14 to a theft-shoplifting incident.

Surveillance footage showed a man exiting the store without paying for the items in his cart. When approached by store employees, the man ran from the property, but police say he was not seen getting into a vehicle. 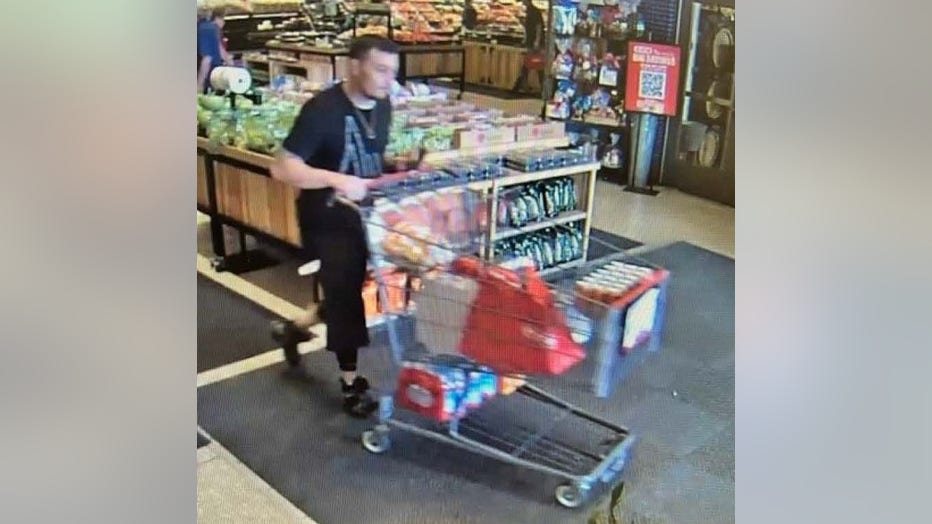 The man is described as a white or Latino man with short dark or black hair, light complexion and an unshaven slight beard. He also has a tattoo on his right bicep.

He was last seen wearing a black T-shirt with a white design, a necklace, long black shorts, black leggings down to the mid-calf, and black shoes.