According to New Braunfels police, officers were called to the 800 block of Loop 337 around 11:45 a.m. on July 14 for a robbery outside a Wells Fargo Bank location.

Officers spoke with the victim, an ATM repairman, who New Braunfels police say was approached by a Black man wearing a red hoodie and a black face mask. The man threatened the repairman with a firearm, but no firearm was actually displayed.

The suspect then took an undisclosed amount of cash from the ATM before fleeing the scene in a black SUV, last seen turning onto Loop 337 in the direction of Common Street, seen in the photo below. 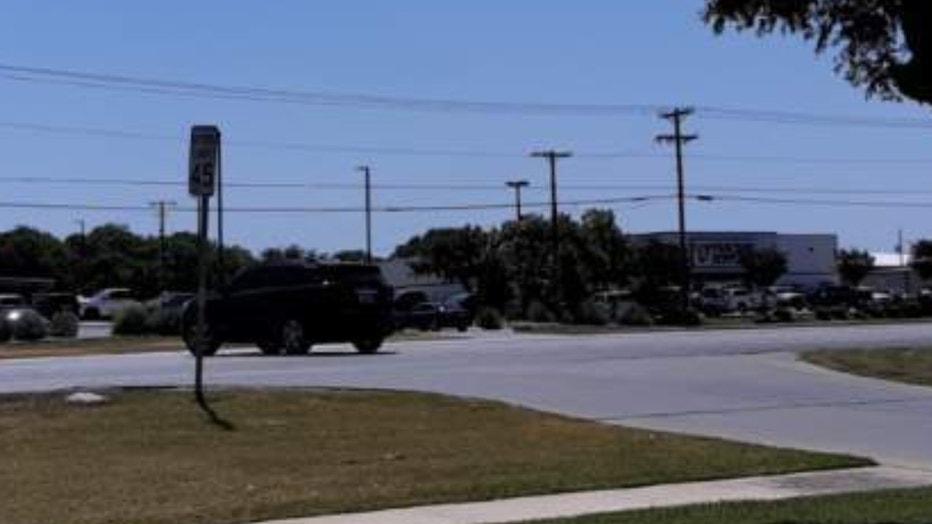 Anyone with information about this robbery or the suspect is asked to contact New Braunfels Police or Comal County Crime Stoppers. Crime Stoppers is offering a reward of up to $4,000 for information that leads to an arrest and/or grand jury indictment.

To remain anonymous and to collect the reward, contact Crime Stoppers at 830-620-TIPS (8477), leave a tip online, or send a tip using the “P3 Tips” smartphone app available on iOS and Android devices.