MOUNT PLEASANT, Mich. - A Michigan father has moved his 7-year-old biracial daughter from one school to another after the child’s hair was cut on separate occasions by a classmate and a teacher. 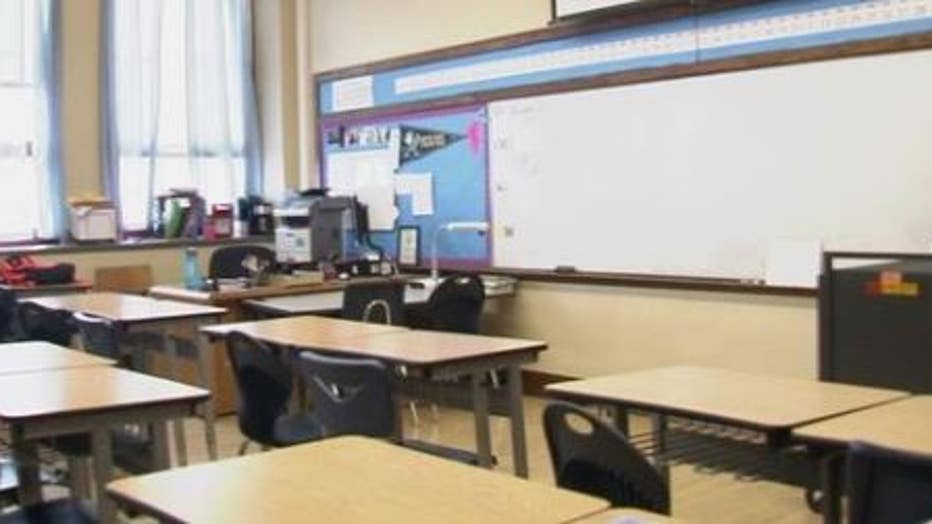 Jimmy Hoffmeyer said Monday he also is considering taking his daughter, Jurnee, out of Mount Pleasant Public Schools and enrolling her in a private school.

On March 24, Jurnee arrived home from Ganiard Elementary with much of the hair on one side cut. She said a classmate used scissors to cut her hair on the school bus, Hoffmeyer told The Associated Press.

Two days later — after complaining to the principal and having Jurnee’s hair styled at a salon with an asymmetrical cut to make the differing lengths less obvious — Jurnee arrived home with the hair on the other side cut.

"She was crying," Hoffmeyer said. "She was afraid of getting in trouble for getting her hair cut."

"I asked what happened and said ‘I thought I told you no child should ever cut your hair,’" he continued. "She said ‘but dad, it was the teacher.’ The teacher cut her hair to even it out."

Hoffmeyer said the explanations he has received from the principal and the district have done little to appease him.

The school called after the bus incident and "said the little girl stole the scissors off the teacher’s desk, and they were going to talk to the parents and deal with it accordingly," he said.

Later, the school’s principal told him the most that could happen to the library teacher was a note in her work file, Hoffmeyer said.

"She said she didn’t have the authority to do anything," he added. "She kept asking me what she could do to make it go away."

Hoffmeyer said he filed an incident report with the Mount Pleasant police, but as of Monday no officer had contacted him to follow up on the complaint.

Hoffmeyer said he received a call from the district’s superintendent about a week later after the school’s spring break. She offered to have "I’m sorry" cards mailed to the family, he said.

"I got mad and hung up," said Hoffmeyer who is Black and white. Jurnee’s mother is white.

"I’m not one to try to make things about race," he said. "I’ve pretty much grown up with only white people, myself."

The girl who cut Jurnee’s hair is white. The teacher who cut it also is white, said Hoffmeyer who has two other daughters, ages 8 and 4.

Mount Pleasant is about 150 miles (241 kilometers) northwest of Detroit. About 4% of Mount Pleasant’s 25,000 residents are Black, according to the U.S. Census.

Hoffmeyer is working with the National Parents Union, a national network of parent organizations and activists that advocate to improve the quality of life for children.