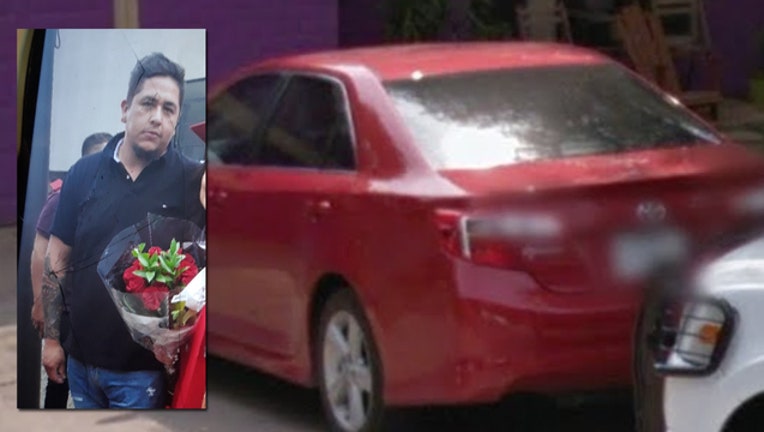 MANOR, Texas (FOX 7 Austin) - The Austin Police Department has received information that 33-year-old Sergio Jose Gomez Herrada was dropped off by a construction worker at 290 and Lexington in Manor, Texas, yesterday morning.

The victim's vehicle, a red Toyota Camry, has been recovered. Herrada allegedly drove off in it after murdering his girlfriend, 41-year-old Francy Vanessa Martinez.

It was located off of Ben White around noon on Tuesday, August 6, according to police.

The suspect is asking for rides and is believed to be armed.

Herrada is in possession of a handgun and is considered extremely dangerous. He has stated that he will not be taken by police. If you see him, call 911. Do not attempt to approach him.

Search for suspect after he murders his girlfriend, steals her car