Alongside the street signs, new and updated brochures have been printed that highlight new and existing businesses in the districts.

AUSTIN, Texas - The South Congress Bussiness District has added some flair to the streets of Austin by installing new customized street signs.

The Austin Transportation Department installed the signs on all of the corner posts along the South Congress Business District from Live Oak Street to 1000 South Congress. According to the City of Austin, all city standards and safety measures were met during the installs.

"Bringing visual cohesion to Austin's most popular shopping district has long been a goal of area merchants. The addition of the new street signs to the South Congress streetscape offers not only important wayfinding for visitors but also a unique new identity for the world-famous Avenue," says Brandon Hodge, South Congress Merchant Association Board President.

The signs were made possible through funding from the City of Austin Economic Development Department for the South Congress Merchant's Association and strong business leadership with a common vision among area businesses.

The South Congress Merchants Association has chosen to focus on district projects to increase patrons and attract visitors to the area. Other successful enhancement projects in partnership with the Economic Development Department’s Souly Austin program include street banners and the iconic SoCo mural located at 1800 S Congress Ave. 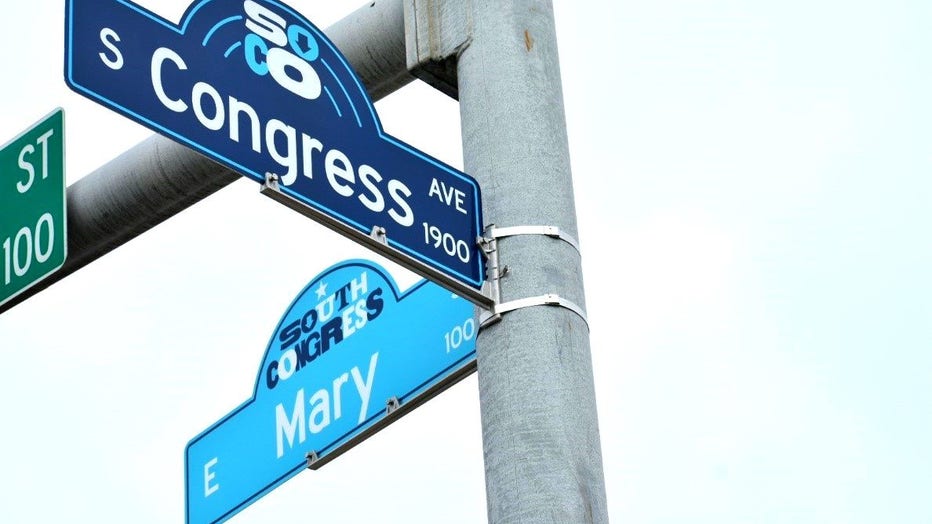 Alongside the street signs, new and updated brochures have been printed that highlight new and existing businesses in the districts. The brochures are available in area businesses.