SAN MARCOS, Texas - A Rowlett man has been arrested in San Marcos for deadly conduct after police say he fired a shot into the air outside a party.

The San Marcos Police Department says officers were dispatched to The Retreat Apartments on Craddock Avenue just after 3:30 p.m. Oct. 4 for a community-initiated call of a deadly conduct discharge of a firearm. 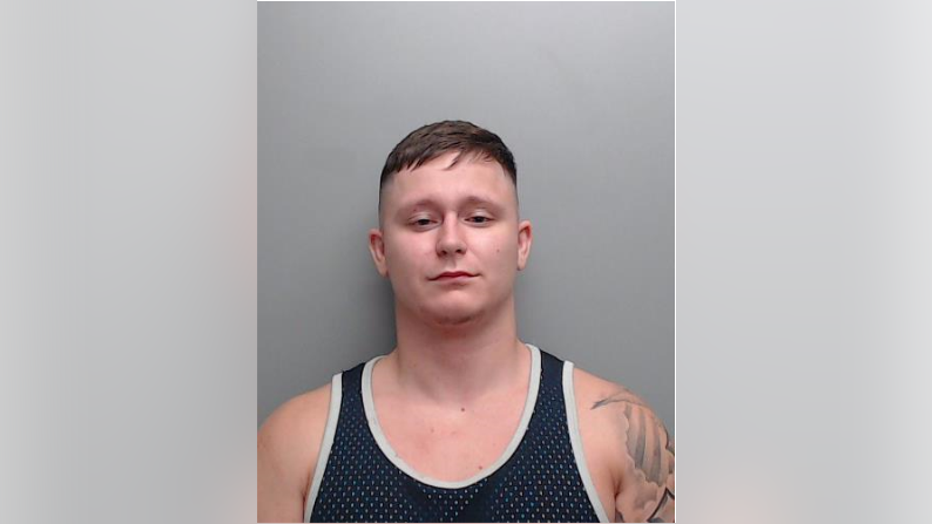 Officers learned from the victim that he was having a party with a group of men he didn't know attempted to enter the party. They weren't allowed in and one in the group threw a rock and broke a window to the apartment, says SMPD.

A witness heard another in the group say he was going to shoot and then saw him fire one shot in the air, says SMPD. The group then fled in a white Dodge Charger.

Based on witness descriptions, officers found the car and identified the offender who fired the weapon as 24-year-old Checotah Lane Peachee from Rowlett. Peachee was arrested and charged with Deadly Conduct.

Officers recovered the weapon believed to have been used in the incident, says SMPD. During the investigation, officers were able to identify the offender who threw the rock and police say a warrant for that subject will be forthcoming.