Brando Martinez, 20, talks with FOX Television Stations about becoming a photographer despite losing his arm and fingers as an infant in a house fire.

BOSTON - Photographer Brando Martinez loves capturing athletes as they push beyond their limits, something he’s familiar with after being devastatingly injured as an infant in a house fire.

Martinez, 20, was seven months old when a fire ripped through his family’s home in Guatemala, leaving him with severe scarring and the loss of his arm and fingers.

"It caused burns [to] 50% of my body, leading to the amputation of my left arm because of a bad infection," he told FOX Television Stations Sunday. "One of my family members was brave enough to go and get me out of there." 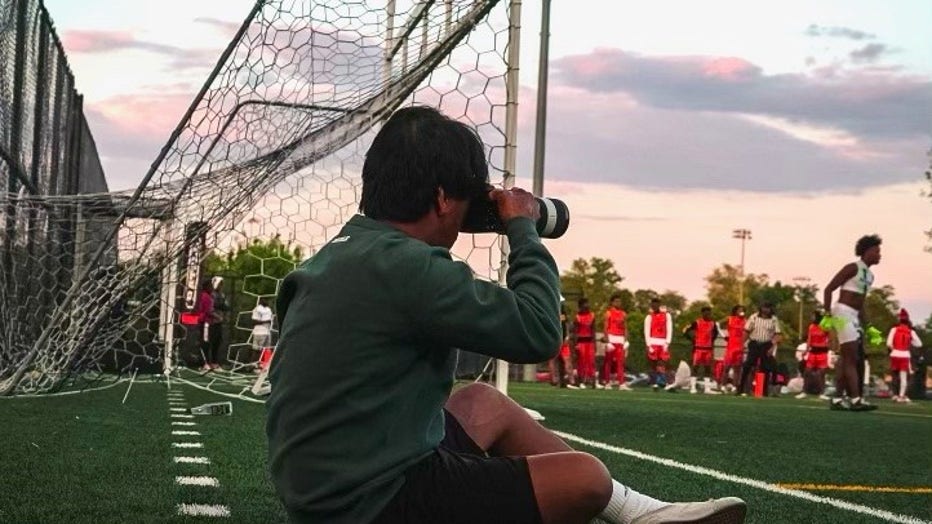 Martinez said he doesn’t remember the incident and never had to adjust to his disabilities. He eventually moved to the United States when he was two years old.

RELATED: Phone flashlights save the day when power goes out during Texas graduation

"I don’t see myself as different than anybody else," he continued. "I just do things differently. I grew up my whole life with one arm and these injuries, so I kind of just accepted the fact that this is who I am ... I can’t change anything about it."

The shutterbug bit Martinez when he was in high school after getting his first camera. He took pictures of a football game which led him to become the school’s photographer for many sporting events.

"It just makes me feel like I’m doing something with my life," he continued.

Martinez said working with one arm and few fingers is challenging. He said he sometimes can get sore if the lens is too heavy, and it’s sometimes difficult to steady his shots.

Nevertheless, the photographer hopes to one day work for the NFL or D1 colleges.

He hopes his journey will inspire other people to not let their limitations keep them from pursuing their dreams.

"If I can do it with one arm, you could probably do a lot better with two arms," he said. "Just go for it."