EAA says it was officially confirmed that the revisions for Comal Springs updated the ten-day rolling average value to 96 cubic feet per second (cfs) on August 11, which is below the threshold for Stage 4 critical period management. 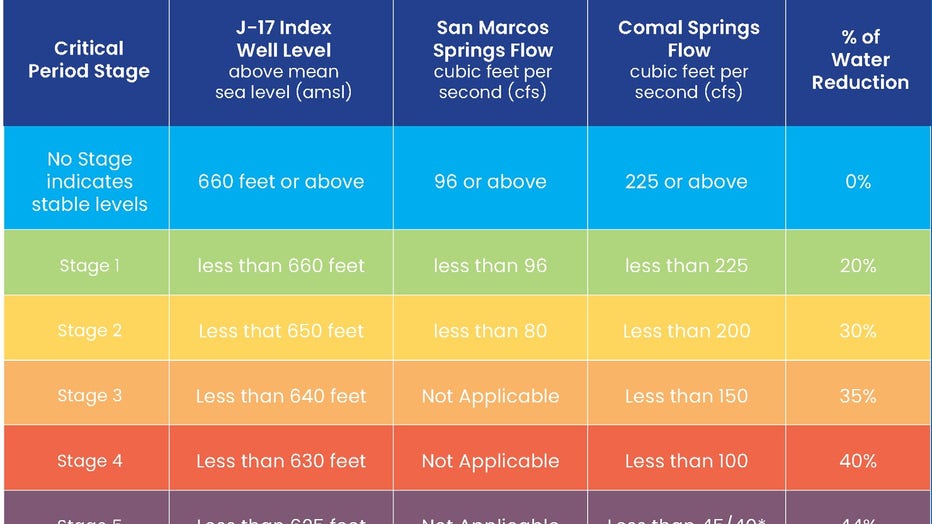 Edwards groundwater permit holders authorized to pump more than three acre-feet annually in those counties are required to reduce their annual authorized pumping by 40 percent under these reductions. These restriction apply to all permit holders, including industrial and agricultural users and water utilities, says the EAA.

All affected permit holders must also report their pumping totals to the EAA on a monthly basis.

Residents and businesses within those counties who receive their water from a public water system are advised to follow their water provider's directives.