KILLEEN, Texas - The suspect in a recent mass shooting that killed one and injured 13 in Downtown Austin has been apprehended in Killeen.

The Killeen Police Department says that 19-year-old De'Ondre Jermirris White has been located and is currently in the Killeen City Jail. 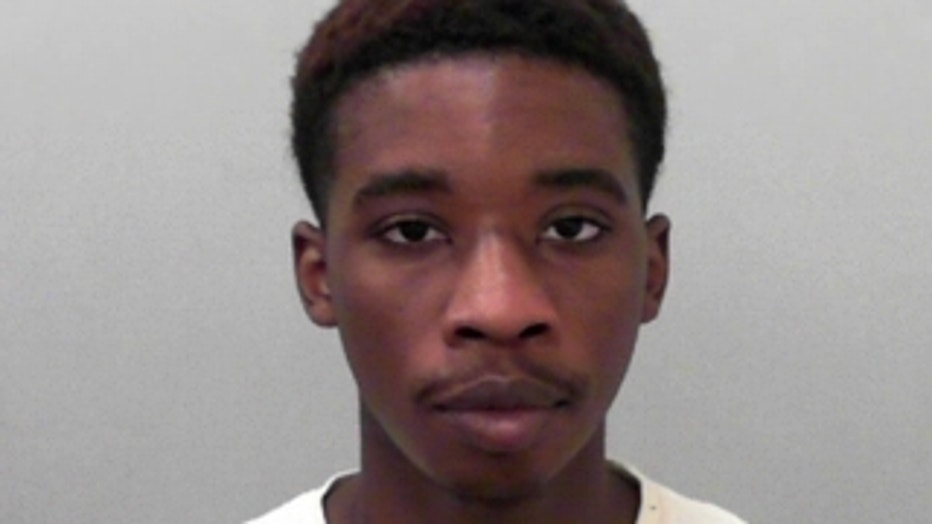 The Lone Star Fugitive Task Force says that a fugitive investigation was conducted which revealed that White had fled back to his home area of Killeen after the shooting.

KPD says that just before 2:30 p.m. on June 24, members of the task force and the KPD SWAT team located White in the 1300 block of Anna Lee Drive. White was taken into custody without incident and transported to the Killeen City Jail.

White now awaits arraignment on an arrest warrant for murder in reference to the mass shooting that happened on June 12.

White had been identified earlier this week as a suspect in the shooting and charges were dropped against two teenagers who had been previously arrested in connection with the shooting.

Authorities have identified De’ondre "Dre" White as the person they believe is responsible for the shooting on June 12 left one dead and 13 injured.

Austin Police Department drop the charges on previous 2 suspects in the 6th Street shooting and are now searching for a new suspected gunman, De'ondre White.

13 other people were injured in the mass shooting on Sixth Street, including Adrianna Salazar. She was shot in the popular nightlife district while celebrating her 19th birthday Saturday.

After the shooting, 27 mayors, including Austin Mayor Steve Adler, sent a letter to the federal government asking for more action to reduce gun violence.

Austin is one of 15 cities chosen across the nation to meet with the Biden administration on a regular basis to discuss gun violence.

On Wednesday, Austin was listed among 15 cities that the federal government will collaborate with to support community violence intervention programs. The Biden administration will meet with the leaders of these 15 cities for further discussion on implementing new strategies.