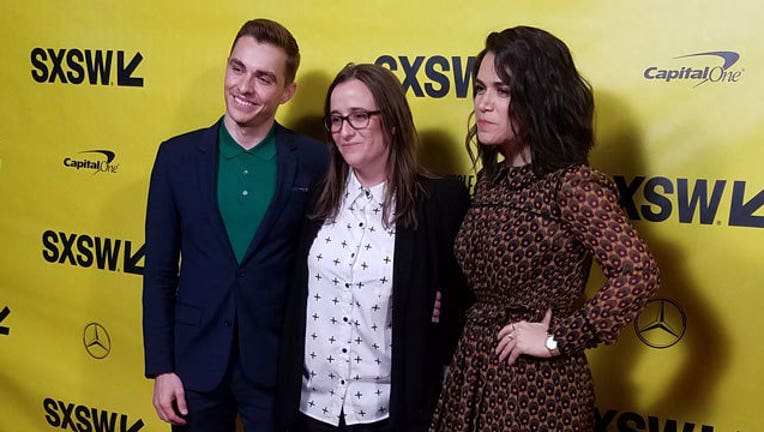 (L-R) Actor Dave Franco, director Marja-Lewis Ryan and actress Abbi Jacobson pose on the red carpet of the world permiere of the film "6 Balloons" at the ZACH Theatre during the SXSW Film Festival.

The film "6 Balloons" had its world premiere at the ZACH Theatre during the SXSW Film Festival and stars Dave Franco and Abbi Jacobson were in attendance.

The film is based on an incident in Housman's life and depicts a woman driving across Los Angeles with her heroin addict brother in search of a detox center with his two-year-old daughter in tow over the course of one night.

See our interviews with Franco, Jacobson, Ryan and Housman below or by going to our YouTube channel.