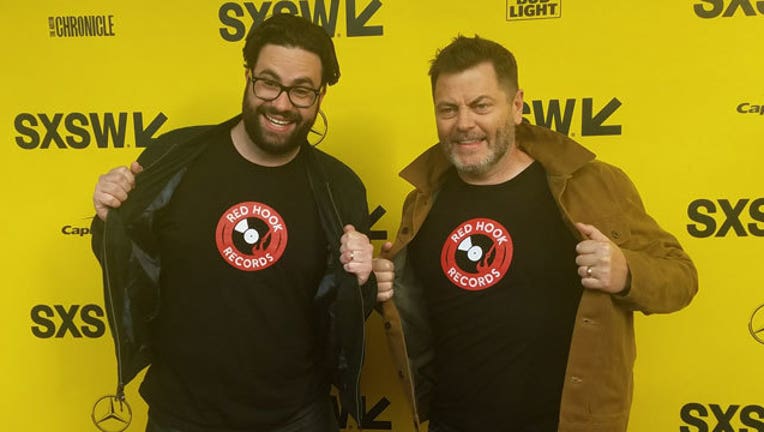 (L-R) Writer/director Brett Haley and actor/EP Nick Offerman on the red carpet at the screening of "Hearts Beat Loud" at the Paramount Theatre during the SXSW Film Festival.

Writer/director Brett Haley and actor/executive producer Nick Offerman attended a red carpet for a screening at the Paramount Theatre for their film "Hearts Beat Loud" during the SXSW Film Festival.

Offerman portrays a father in Red Hook, Brooklyn who becomes an unlikely songwriting duo with his daughter in the last summer before she leaves for college. They connect in new ways through their music.

See our interview with Offerman and Haley below or by going to our YouTube channel here.