We often hear about the benefits of limiting our screen time gut as it turns out, one animal at the Lincoln Park Zoo is having trouble doing just that.

CHICAGO - We often hear about the benefits of limiting our screen time gut as it turns out, one animal at the Lincoln Park Zoo is having trouble doing just that.

When you visit the zoo, it may not cross your mind to show the gorillas your latest vacation photos or pictures of your own pets. But believe it or not, some visitors do.

Amare, a 16-year-old gorilla at Lincoln Park Zoo, has developed an interest in sitting next to a glass partition where he can glimpse visitor’s cellphones.

Noticing his curiosity, visitors have started showing Amare what’s on their screens, even scrolling through their photo albums for him.

Recently, another gorilla charged toward Amare, catching him by surprise. 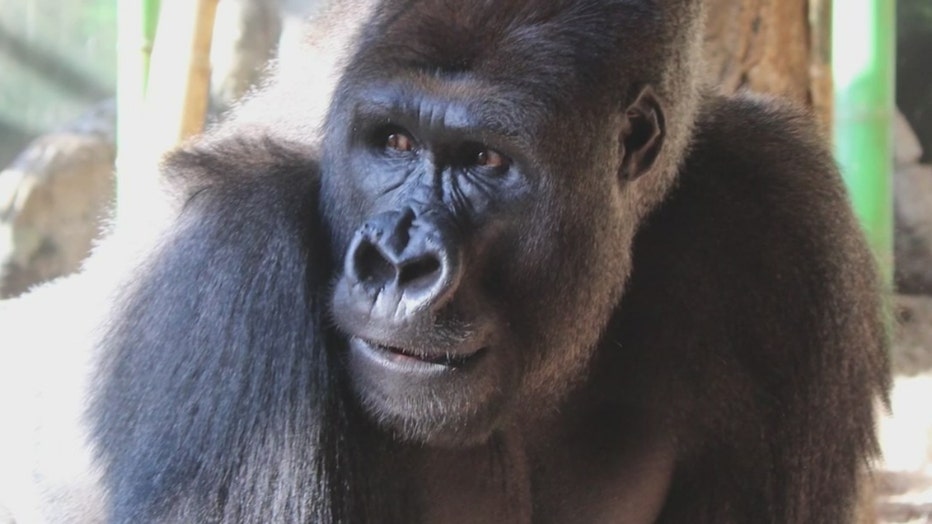 "What we’ve done is we've added now some stanchions, some sort of ropes to keep people a bit back from the glass. And that’s really a way of controlling a little bit the amount of time that Amare is exposed to these types of photos," said Steve Ross from Lincoln Park Zoo.

"You know, it’s very important in these bachelor groups that they spend a lot of time learning to be a gorilla. These are sort of teenage boys, growing up together with these other teenage boys and they’re slowly learning the rules of gorilla society and learning to sort of become adults."

Zoo officials said they want visitors to safely interact with the gorillas but ask that you keep your screens to yourself.