And the lieutenant governor responded to criticism from House lawmakers.

He called allegations the Senate was slowing down bipartisan bills untrue.

With 10 days to go into the session, there was a major breakthrough for gun rights advocates Friday as Senate and House lawmakers announced they reached a compromise on a bill that would allow most Texans to carry handguns without a permit.

"We’re proud of the bill. You know, I said early when the House passed the bill to us, we didn’t have the votes at the time, but we worked hard with the NRA, other 2nd amendment groups, and with law enforcement groups across the state to craft a bill," Lt. Gov. Dan Patrick said.

Republican leaders haven’t shared what the final bill will look like.

Earlier this month, House Republicans rejected the Senate’s version of the bill after it added amendments, including stiffening penalties for felons carrying a gun.

The amendments an apparent nod to law enforcement officials.

Dallas Police Chief Eddie Garcia was among those who traveled to Austin in April to oppose constitutional carry.

"This bill does not make our officers more safe, it makes us less safe" he said. 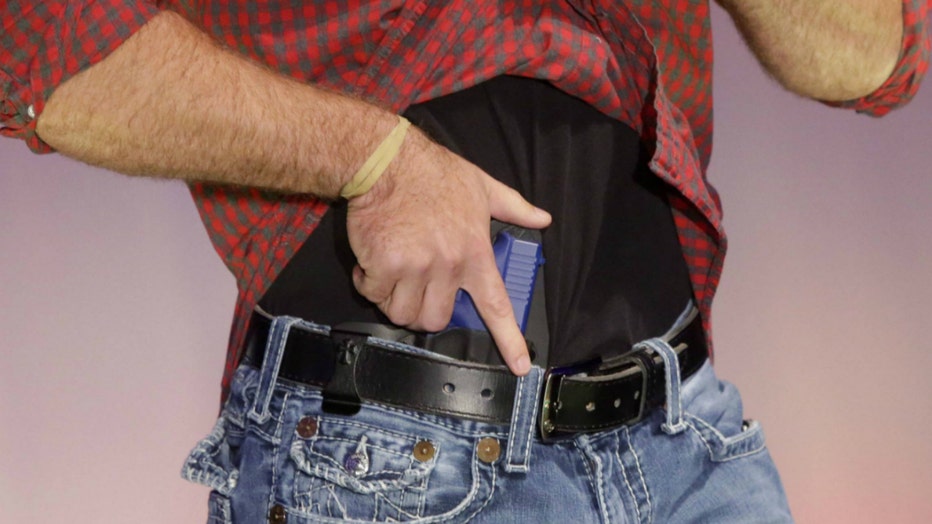 Patrick did suggest the bill will keep stiffer penalties for felons and will make it to the governor before session’s end.

"We still have to go through a couple days over the weekend, over the paperwork, and bringing it to the floor, but it should go to the governor mid-week to be signed," the lieutenant governor said.

The elephant in the Senate chamber was the lack of activity in the other chamber.

The House was empty and quiet Friday.

On Thursday, some lawmakers from both parties expressed frustration the Senate wasn't moving on some of their key bills.

So the House recessed until Sunday.

RELATED: Texas House halts work until Sunday in show of frustration over stalled bills in the Senate

"Is there anything in the House rules or the constitution that requires the House to pass any more Senate bills this session?" asked Rep. Chris Turner (D-Grand Prairie).

Some of the bills awaiting Senate action include House bi-partisan supported legislation on criminal justice.

Friday night, the Senate committee on jurisprudence finally scheduled three of the bills, and it already pushed forward a bill known as Bo’s Law, in honor of Botham Jean.

It would require officers to keep body camera’s on throughout a police investigation.

Patrick insists the rift between the House and Senate has been overblown, and they are still working.

"When you get down to the last 10 days and there are hundreds and hundreds of bills literally in the process, some people, sometimes get nervous. Is their bill going to pass or not? But we’re working well together," Lt. Gov. Patrick said.