A tree at the Oak Park apartments fell around 9 a.m. on Thursday injuring one person and hitting some sort of water device. The water for the complex has been shut off since.

AUSTIN, Texas - Aside from the freezing temperatures, it was going to be a normal work day for Philip Carr at the Plow Burger food truck on 45th and Duval St.

But he had left his wallet behind and stopped by the food truck Thursday morning before his afternoon shift.

"I was locking my door back up, and I heard this loud 'boom,' and I turned around and saw the tree," said Carr.

A large tree had uprooted and fallen across the front of the Oak Park Apartments across the street. Carr heard moaning and yelling and ran to help.

"I found a guy, he was on his back in a lot of pain, so I calmed him down, made sure he wasn’t bleeding in his head or anything and tried to make him as comfortable as possible," he said. "Some other residents came out we got him blankets and towels to keep him warm."

Part of the tree landed on an electrical box holding a switcher which had to be repaired by Austin Energy crews- but it may have saved a life.

"That really I think saved him," said Carr. "He like tried to dodge it, and he’s laying next to the transformer, so had that box not been there it could have been a lot worse."

The man was sent to the hospital, but is expected to be okay. The extent of his injuries is unknown. 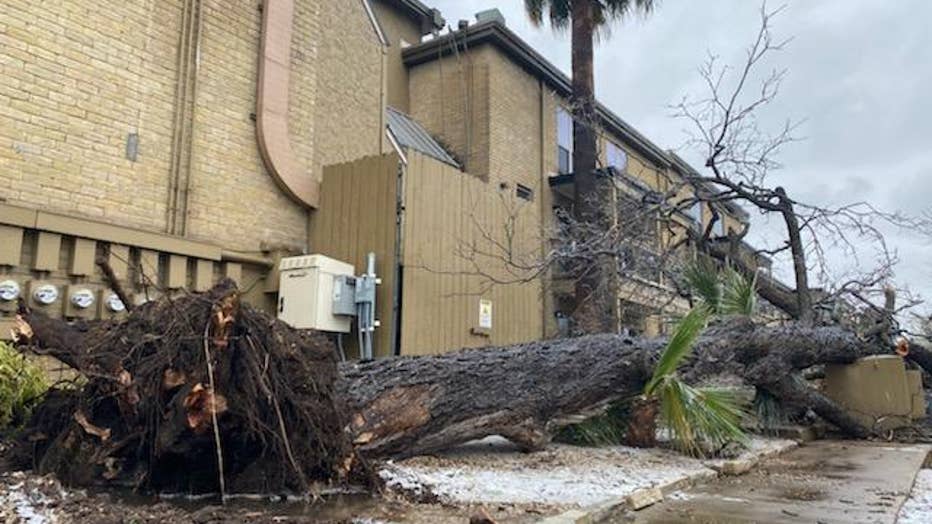 The Austin Fire Department (AFD) says that a tree fell on a person and damaged a power switch and water device at an Austin apartment complex.

Oak Park resident Brendon Hoover was doing a Zoom interview in his unit when the power started flickering.

"I heard this big 'thunk' and then went to go check the water because I had water dripping all night and nothing was flowing," he said.

The tree also hit some kind of water device on the property, and Austin Water had to shut off water to the complex.

One resident FOX 7 spoke to still had water, but Hoover did not.

Thankfully, he had stocked up on food and water. But nonetheless, a frustrating situation just hours into the freezing weather.

"I'm hunkered down in there," said Hoover. "I prepared for this kind of situation, but it’s almost comical how it has come to fruition and every bit of (the food and water) has been used.

Austin Water said the damage to the water device was on the apartment property and would have to be repaired by the property manager.

The cause of the tree falling is unclear. 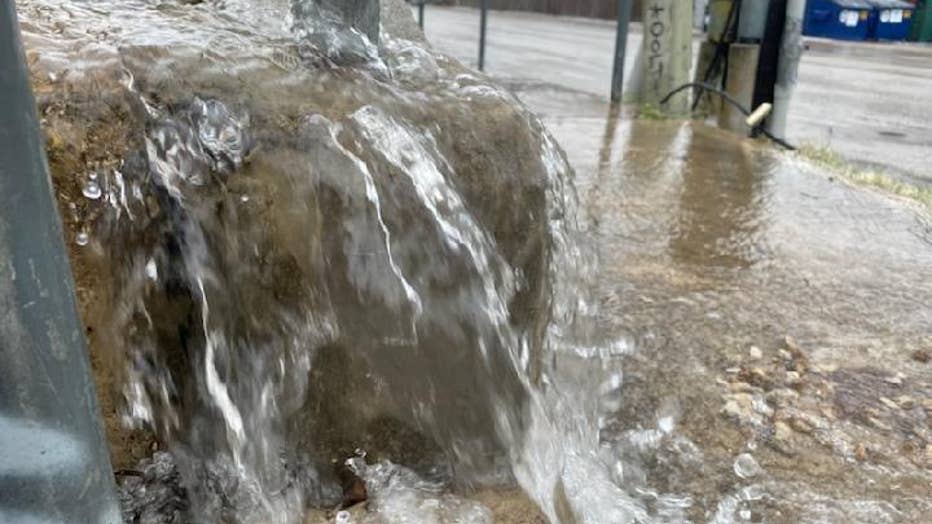 The Austin Fire Department (AFD) says that a tree fell on a person and damaged a power switch and water device at an Austin apartment complex.