WASHINGTON - Donald Trump, who defied political gravity with his extraordinary rise from reality star and businessman to the presidency, has fallen back to earth.

In the end, his flurry of raucous rallies, an unprecedented turnout operation and sheer force of will could not overcome the reality of his enduring unpopularity and a raging pandemic that has killed more than 236,000 people in the U.S. and thrown millions out of work.

Yet Trump’s acerbic brand of politics — his Twitter taunts, his vindictive drive to punish enemies, his go-it-alone approach to the world — made its mark across the far reaches of the government and beyond. And his better-than-expected election performance against Democrat Joe Biden suggests his impact is likely to resonate for generations in politics, governing and policy, even in defeat. 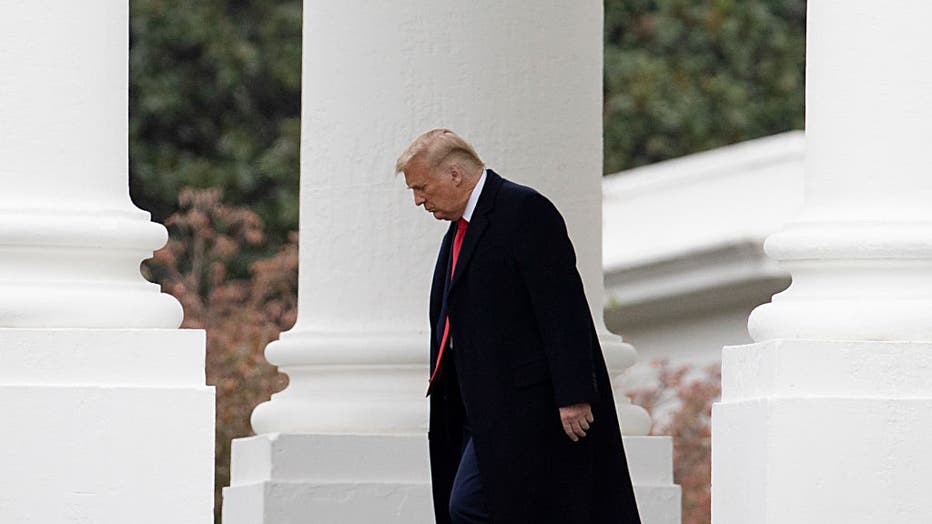 U.S. President Donald Trump walks out of White House on October 26, 2020 in Washington, DC. Trump plans to head to three campaign rallies in Pennsylvania this afternoon.

It remains to be seen what Trump intends to do after his term ends on Jan. 20. Retreat to the golf course? Launch his own television network? Lay the groundwork to run again? And how fiercely will he try to contest his fate?

“I would absolutely expect the president to stay involved in politics. I would absolutely put him on the short list of people who are likely to run in 2024,” Trump’s former chief of staff, Mick Mulvaney, said in an online interview with the Institute of International & European Affairs. “He doesn’t like losing.”

Trump retains the megaphone of his Twitter account, a far-reaching Fox News platform and the unflinching backing of his loyal base of supporters, who may never accept his defeat after he spent months insisting there was no way he could legitimately lose and even falsely claimed premature victory.

On Saturday, Trump declined to concede to President-elect Biden, instead promising unspecified legal challenges to try to overturn the outcome of the race.

Until a successor emerges to lead Republicans — likely not until the resolution of the 2024 Republican primary — Trump remains the de facto head of a party that he has reshaped in his image.

“Even in defeat, Donald Trump has exceeded expectations and helped other Republicans do the same,” said GOP consultant Michael Steel, who has worked on Capitol Hill and for campaigns. “He will remain a powerful force within the party."

Still, Trump’s loss is likely to spark a reckoning over how much of Trumpism the party should embrace going forward, especially given that Republicans could retain control of the Senate and won additional seats in the House.

Had Biden won in a blowout, that would have put "wind at the back of a lot of Republicans who said character counts and the Republican Party should never put its faith into someone who pushed boundaries liked Donald Trump,” said former White House press secretary Ari Fleischer, who served under former President George W. Bush.

But because it was closer, he predicted the party would likely "continue to be wracked with a split between insiders and outsiders, between the establishment and the Trump supporters who fault the establishment. And the soon-to-be former president’s role will be a huge question mark because if he decides to stay active, despite the close loss, he remains powerful and effective, especially for Republicans.”

In the meantime, it remains unclear whether Trump will accept the results of the election or continue to contest them as he spends the next three months as a lame duck president.

Those who know him well say there is little chance he will go quietly into the night.

“When Donald Trump loses there will never be a peaceful transition to power,” said Trump’s longtime lawyer and fixer-turned-critic Michael Cohen. He predicted Trump would do everything in his power to claim the election was “stolen from him" by Democrats or other forces, just as Trump tried to sow discord as the votes were being counted.

Cohen said Trump was also likely aware that after losing the presidency he might "be served with a plethora of lawsuits, both federal and state." Trump is already facing lawsuits that accuse him of sexual assault and defamation, and his Trump Organization's finances are being investigated by New York's attorney general.

Barbara Res, a longtime Trump associate who recently wrote a book about her experience working with him, speculated the president might leave the county before Biden’s inauguration and perhaps pursue his own media empire.

As for the future for Republicans, Steel said the party would likely look to leaders who combine elements of Trump’s populist agenda with policies that appeal to a broader swath of the electorate.

“The challenge will be identifying the popular, durable, and practical parts of his agenda and marrying them to policies and arguments that appeal to the broader electorate that the party will need to win at the national level in the future,” he said.

Under Trump, the Republican Party fully embraced the populist wave set in motion by the Tea Party rebels in earlier years, shifting its focus from free trade and trickle-down economics to trade wars and an isolationist foreign policy.

His rise broke open a new path to the presidency, driven more by force of personality than policy, that echoed even as he lost the Electoral College vote. His nativist message and stoking of “culture wars” proved the power of the politics of division and hastened a generational political realignment.

While he deepened his reach with white rural and working-class voters with his economic and racial grievance-stoking, he also turned off college-educated voters in the cities and suburbs with his sometimes crass rhetoric and endless tweets.

Still, many Republicans believed he would have won reelection had it not been for the coronavirus pandemic and a widespread belief among voters that he mishandled it.

Some top GOP leaders believe that while so-called “Never Trumpers” may celebrate the president’s defeat, it is unlikely Republicans will be able to repudiate him completely, given how his stances on trade, immigration and foreign policy have resonated with voters and how close he came to clinching a second win.

It remains unclear, too, whether those who have flocked to the party because of Trump will remain engaged once he is no longer on the ticket.

The race for the 2024 Republican nomination has already quietly begun behind the scenes. A wide range of candidates are testing the waters, from moderates like Maryland Gov. Larry Hogan, to firebrands like Arkansas Sen. Tom Cotton and former Trump officials like ex-South Carolina Gov. Nikki Haley. Trump’s eldest son, Donald Trump Jr., has become a particular favorite with the president’s loyal supporters on the campaign trail, meaning the Trump name could endure.

Fleischer said the party would likely be looking for someone with the blunt outspoken voice of an outsider who would at the same time refrain from going “so far that your tweets push people away that want to be for you."

Many of Trump’s supporters see his influence continuing.

“We started something that is going to go on for generations,” said Chris Haluck, 56, looking out over a crowd of thousands at a recent Trump rally in Pennsylvania that she’d attended with her 17-year-old daughter.

Indeed, as Trump has traveled the country, his campaign has inspired a new generation of supporters who have been organizing their own events outside the campaign infrastructure.

They include “Loud Majority Long Island,” which has been drawing thousands to car parades in New York, a state that is overwhelmingly Democratic.

Matt Vereline, who joined fellow group members at a recent Trump rally, said that even if Trump loses, the group intends to continue its efforts, with a focus on local politicians, including New York City Mayor Bill de Blasio and Gov. Andrew Cuomo.