What can grand jurors expect in election interference investigation?

In about two hours, 23 grand jurors and three alternates were seated. At some point in the next year, the grand jury will provide a report recommending whether or not investigators should indict someone for attempting to interfere with the 2020 election in Georgia.

ATLANTA - Grand jurors have been selected and impaneled in Fulton County tasked with deciding if former President Donald Trump and others broke the law by pressuring Georgia officials to overturn the results of the 2020 election.

The court chose 26 total people from a pool of about 200: 23 grand jurors and three alternates.

The court made arrangements to allow cameras in the courtroom for jury selection, due to the public interest in the case. Cameras will not be permitted for the remainder of the proceedings. Law enforcement blocked streets surrounding the courthouse.

Potential jurors are introduced in special grand jury selection for investigation of whether former President Donald Trump and others interfered in the 2020 election in Georgia election interference.

Fulton County Superior Court Judge Robert McBurney is overseeing the grand jury. McBurney questioned the first potential jurors about whether they have a conflict. A quarter of the grand jurors were being questioned privately by the judge and prosecutors to determine whether they were excused.

The closed session began about 11:56 a.m., hours before McBurney said the court expected to be finished.

According to Georgia law, special grand juries may compel evidence and subpoena witnesses and may require the production of records, and documents, of any person, firm, or corporation which relate to the subject of the investigation being conducted by the investigative grand jury.

Officials certified Joe Biden’s win in Georgia, which was by an 11,779-vote margin. There were three recounts, including a mandatory hand count and a Trump-requested recount. 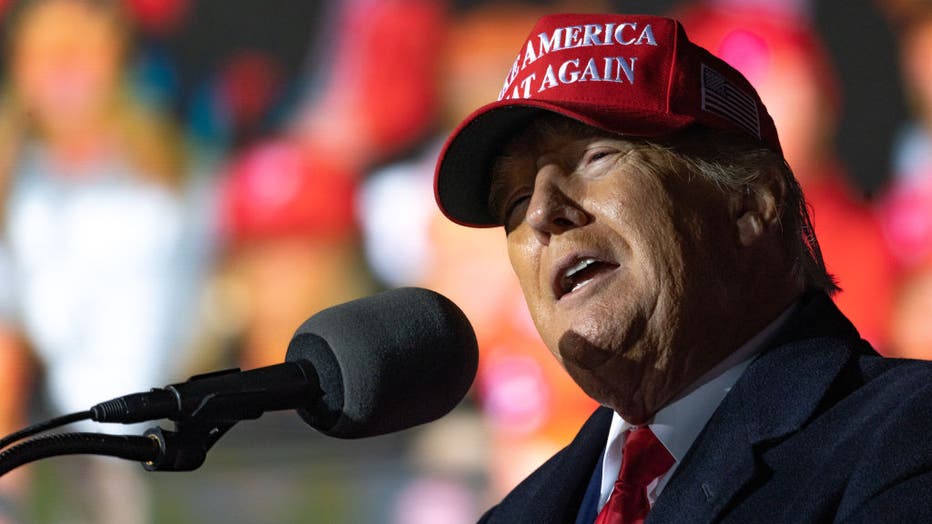 COMMERCE, GA - MARCH 26: Former U.S. President Donald Trump speaks during a Save America rally at the Banks County Dragway on March 26, 2022 in Commerce, Georgia. This event is a part of Trump's Save America tour around the United States. (Photo by M

Since Biden’s victory, Trump has repeated unproven claims the election was "stolen" from him, leading up to a violent breach at the U.S. Capitol in Washington, D.C. His refrain hasn't stopped. During a recent visit to Commerce, Georgia, Trump railed against Georgia elected officials for not overturning the results of the election and continued to push the narrative the election was stolen from him.

Trump’s call with Georgia Secretary of State Brad Raffensperger and his attorney Ryan Germany in November 2020 will perhaps be the most significant piece of evidence in the investigation into attempted interference with the 2020 election.

During the call, Trump told Raffensperger, "All I want to do is this. I just want to find 11,780 votes, which is one more than we have because we won the state."

At one point in the call, Raffensperger said, "President Trump, we’ve had several lawsuits, and we’ve had to respond in court to the lawsuits and the contentions. We don’t agree that you have won."

White House Chief of Staff Mark Meadows and several Trump attorneys were also on the call.

One year later, Raffensperger described the call as a "threat" in his book, "Integrity Counts."

She wrote her office "has received information indicating a reasonable probability that the State of Georgia’s administration of elections in 2020, including the State’s election of the President of the United States, was subject to possible criminal disruptions."

Willis told the FOX 5 I-Team’s Dale Russell she thought a crime may have been committed during Trump’s call with Georgia election officials.

"Although it is not what we were expecting, it is not what I could have ever anticipated would be going on in my first six weeks in office, we're here," said Willis.

In a letter written to state officials, obtained by the I-Team, Willis noted that there are Georgia laws that prohibit "the making of false statements to state and local governmental bodies." Letters sent to Gov. Brian Kemp, Lt. Governor Geoff Duncan, Attorney General Chris Carr and Raffensperger ask them to preserve any key evidence.

Experts say the case is highly unusual and criminal charges against a former president will be difficult to obtain.

Willis was a long-time, highly respected Fulton County prosecutor before she was elected as District Attorney.

COMMERCE, GA - MARCH 26: Former U.S. President Donald Trump speaks during a Save America rally at the Banks County Dragway on March 26, 2022 in Commerce, Georgia. This event is a part of Trump's Save America tour around the United States. (Photo by M

Resignation of the Atlanta U.S. attorney

Willis indicated the scope of her investigation could include the sudden resignation of a federal prosecutor. Former U.S. Attorney for the Northern District of Georgia, Byung J. "BJay" Pak, resigned in January 2021.

Pak was appointed by Trump, who called him a "never-Trumper" during the phone call with Raffensperger: "You have your never-Trumper U.S. attorney there."

Pak did not say why he was leaving the Department of Justice.

"It has been the greatest honor of my professional career to have been able to serve my fellow citizens as the U.S. Attorney for the Northern District of Georgia," Pak said in a statement. "I have done my best to be thoughtful and consistent, and to provide justice for my fellow citizens in a fair, effective and efficient manner. I am grateful to President Trump and the United States Senate for the opportunity to serve, and to former Attorneys General Sessions and Barr for their leadership of the Department."

Raffensperger said U.S. Senator Lindsey Graham asked him whether he had the power to reject certain absentee ballots. The call happened in November 2020, according to FOX 5 I-Team.

Graham has denied any wrongdoing, saying he was "trying to find out how the signature stuff worked." He said Raffensperger "did a good job of explaining to me how they verify signatures."

Graham said it’s "ridiculous" to interpret the call as suggesting that legal ballots should be thrown out.

The grand jury could also look at Trump's lawyer Rudy Giuliani, who faces scrutiny for appearing before Georgia senate committees insisting voting machines were flipping votes and the election was rigged.

Raffensperger told the I-Team he didn’t believe Giuliani was truthful.

Giuliani has dealt with legal troubles from voting technology companies over his comments.

Potential jurors must be over 18 years old, residents of Fulton County and can’t have felony convictions. The I-Team was told Willis is looking for 30 grand jurors, including alternates.

A number of streets around the Fulton County Courthouse have shut down and traffic will be re-routed as grand jury selection begins in the investigation into whether former President Donald Trump and others broke the law when he pressured officials to overturn the results of the 2020 election.

The sheriff’s office said several streets could be closed throughout the week: 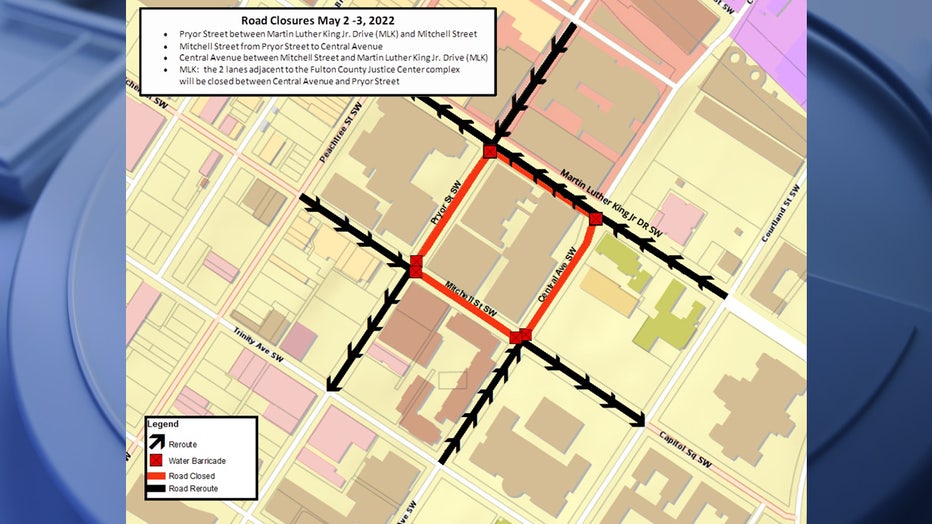 Trump was subpoenaed in New York in a civil case that the state attorney general’s office says indicates the former president may have misstated the value of skyscrapers and other assets.

Trump missed a March 31 court-imposed deadline to turn over documents.