AUSTIN, Texas - Two people have been arrested for the June murder of a man in Givens District Park in East Austin.

28-year-old Laderious Nicholson was arrested on Sept. 1 at a home in Leander. He was transported to the Travis County Jail and booked on 1st degree murder. Bond has been set at $500,000.

31-year-old Sheawna Caldwell was arrested on Sept. 2 in the 1100 block of Garland Street. She was booked into the Travis County jail and charged with aggravated robbery. Her bond has been set at $100,000. 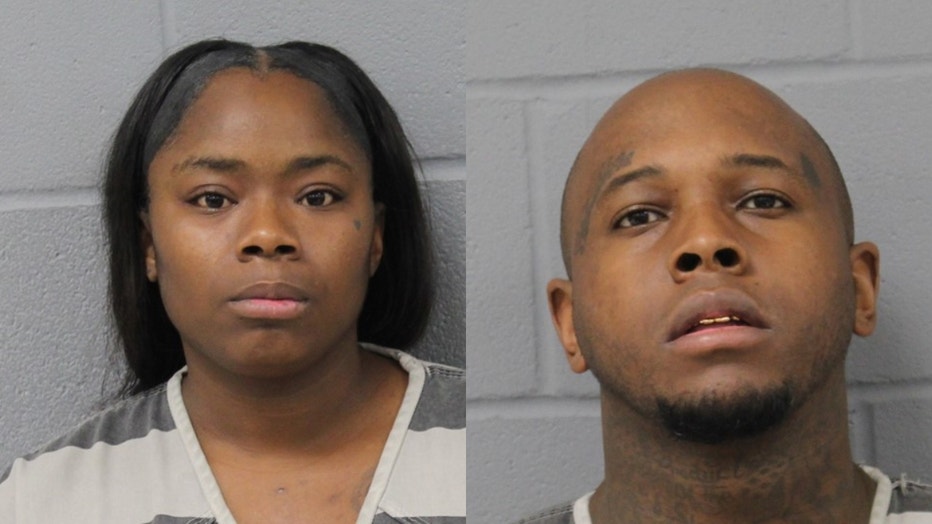 Austin 9-1-1 received multiple calls of several shots fired at Givens Park on June 23 at approximately 8:23 p.m. Callers reported that there was a person in a car near the tennis courts at this location.

APD officers arrived on scene and found a parked vehicle with an unresponsive Black male in the driver’s seat. APD officers removed the driver from the vehicle and saw he had suffered several gunshot wounds.

Officers began life-saving measures until Austin-Travis County EMS arrived on the scene. The victim, 33-year-old Brandon Johnson, was quickly transported to a local hospital where he was pronounced dead.

The Travis County Medical Examiner’s office conducted an autopsy and determined the official cause of death as gunshot wounds and manner of death as homicide.