A local attorney is now housing her former law school classmate after she was able to escape Ukraine.

CEDAR HILL, Texas - A local attorney is now housing her former law school classmate after she was able to escape Ukraine.

Blue and yellow streamers inside Amy Bosway’s Dallas County home remind her of home. That’s about all she has to remind her. Myetova came with no more than a suitcase.

Myetova said she came to the United States for law school in 2009. That’s when she met Bosway. They became best friends and stayed in contact even after Myetova moved back to Ukraine a few-years later.

"No one in Ukraine believed that they would actually invade," Myetova said.

When Russia invaded Ukraine, Myetova was undergoing a planned surgery. She and other patients were moved to the hospital’s basement for a more secure post-op recovery. That’s when Bosway got ahold of her on video chat.

"I was able to actually see her in the basement, talk to her, and I actually heard some of the incoming fire," Bosway said.

RELATED: SMU graduate killed while working as journalist in Ukraine 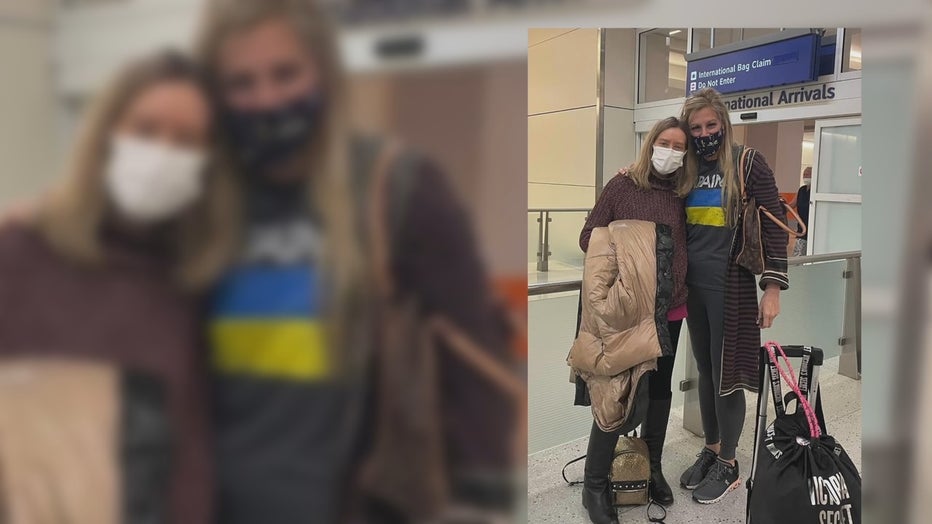 Her friend was 6,000 miles away offering to help.

"I kept on asking her to get on a plane and come to Dallas," Bosway said.

It’s taken planning and time. Myetova almost took a train to the border on the day the train station was bombed. She took a car instead, with a driver already tired from taking others to safety.

"I had to talk to him constantly because he was falling asleep. He was drinking coffee nonstop, so I was kind of scared that we might get into an accident," Myetova said.

From there, she crossed on foot to Romania, and another driver took her four hours to an airport.

"I was afraid to book a one-way ticket because I was afraid that would be a red flag with customs and they might not let Masha in even though she was coming in on a valid visa," Bosway said.

MORE: How to help Ukraine

Newsweek senior foreign policy writer Tom O'Connor joins Good Day to talk about the latest news about the Russian invasion. Russian and Ukrainian diplomats are set to talk again as the war is escalating and expanding.

"I was just so thrilled to see her come out that door," Bosway said.

She said she would like to return home, but no one knows what Ukraine will look like.

"Well, I couldn’t believe that I made it out alive because it was so dangerous and you know all the air strikes and sirens," Myetova said.

The city of Cedar Hill, some local churches and organizations are providing assistance.

"We know there’s so many refugees that need homes, and so we’re hoping that our government will expedite things," Bosway said.

For now, Myetova is grateful.

"Amy is the best friend I’ve ever had in my entire life. She’s like a sister to me," Myetova said.