The Washington National Cathedral in Northwest, D.C. honored the passing of Queen Elizabeth II by tolling its bell 96 times on Thursday.

After 70 years on the throne, the Queen passed away this afternoon at the age of 96. 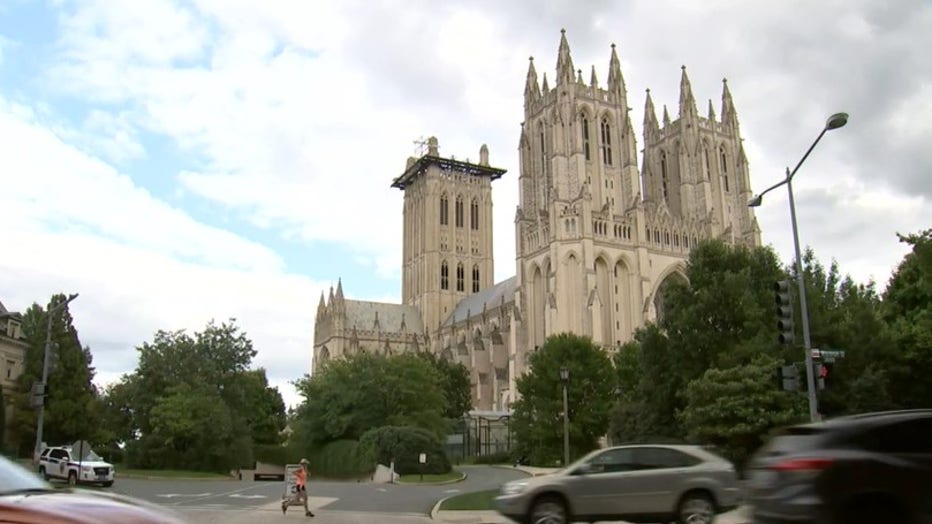 Buckingham Palace announced the queen’s death in a statement, writing that Elizabeth "died peacefully" at Balmoral Castle, which had been her summer residence in Scotland.

Flags at the U.S. Capitol are at half staff in remembrance of the queen. President Biden said the thoughts and prayers across the U.S. are with the people of the United Kingdom. Biden said Elizabeth was more than just a monarch.

He called her a steadying presence and source of comfort "for generations of Britons."

At the British Embassy, locals are pouring in to pay their respects to the Queen.