WILLIAMSON COUNTY, Texas - A reward is being offered to find the person or person responsible for the death of 70-year-old Diana Lynn Pier.

Pier was found shot to death on August 4 in the middle of the road in the 4500 block of County Road 245 outside Florence in northwest Williamson County.

The Williamson County Sheriff's Office says it got a call about a shooting at 8:45 p.m. and when deputies arrived they found Pier's body.

At a news conference, officials say Pier had traveled to Round Rock to visit with family and was heading home to Florence the night she was found dead. They believe Pier may have stopped to help someone and possibly saw something she wasn't supposed to see.

Officials say the area is rural, so there's not much to go on, but there is some footage.

Detectives are looking for information about a small-medium, light-colored sedan, possibly silver, gray, or charcoal gray, that was seen in the area around the time of the shooting. 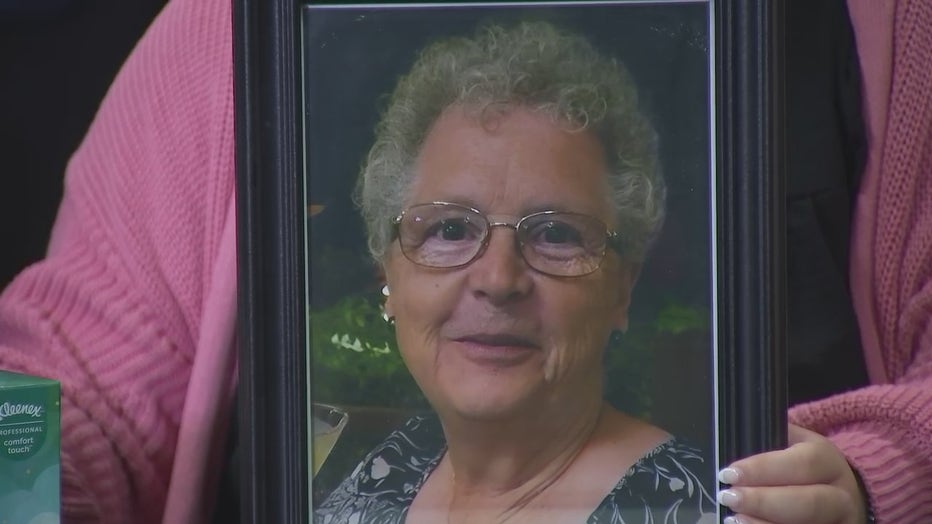 Photo of Diana Lynn Pier that was held by her family at a news conference on August 11, 2022. Pier was found shot to death on August 4 in the middle of a road outside of Florence on County Road 245.

Inside the Florence Library is a small memorial. Flowers and a note written to Pier are next to a row of some of her favorite books. Pier was a library volunteer who would read to children on most Wednesdays.

Thursday, investigators and family members gathered at the Williamson County Sheriff's Office to ask for help.

"Our family now has a void that cannot be filled. We want the truth about what happened, and we want the person held accountable in a way they cannot do this again," said daughter Michelle Garcia.

A funeral service for Pier is scheduled to take place Friday. An anonymous donor is putting up a $25,000 reward, that money will be put on top of a $5,000 reward that’s being offered Crimestoppers.

Officials provide an update about 70-year-old Diana Lynn Pier who was found shot to death on August 4.

You may also contact Williamson County Crime Stoppers at 1-800-253-7867 or you can anonymously submit a tip online at www.wilcocrimetips.org or with our mobile app P3Tips.

When deputies arrived, they found a 70-year-old woman in the middle of the road. Her identity has not been released yet.