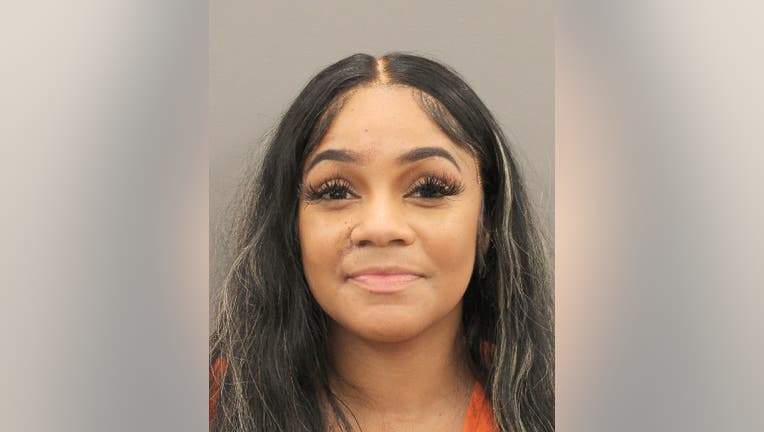 Keshante Harris is accused of shooting her children's father after he brought his girlfriend to child drop-off.

HOUSTON - A woman is accused of shooting her children's father after he brought his current girlfriend to drop off a child, police say.

According to court documents, Keshante Shamirra Harris is charged with one count of aggravated robbery with a deadly weapon and one count of deadly conduct – discharging a firearm for the incident.

Houston Police say they responded to a shooting in the 5800 block of Beldart Street in southeast Houston around 9:50 p.m. Sunday.

Williams was bringing one of the children back from a weekend visit, and had his current girlfriend in the vehicle with him.

Police say Harris was upset Williams’ girlfriend was present during child drop-off and shot at Williams several times, hitting him the arm and leg.

Houston Fire Department paramedics transported Williams to an area hospital for his injuries. Neither the girlfriend nor the child were injured in the shooting.

Harris was positively identified after she returned to the scene, where she was arrested and charged.