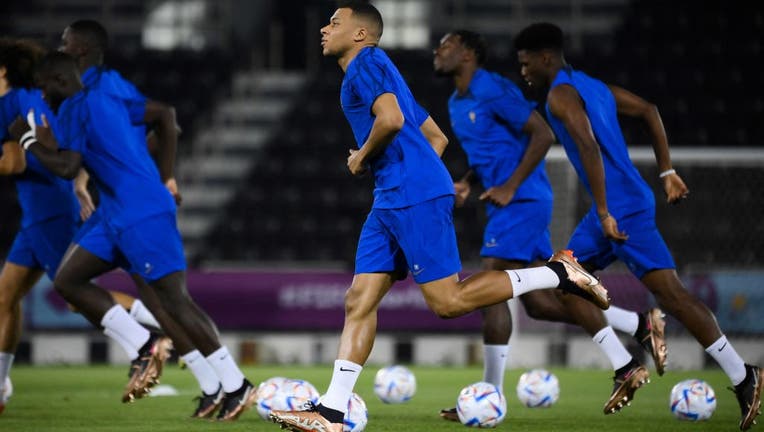 France's forward #10 Kylian Mbappe takes part in a training session at the Al Sadd SC training center in Doha, on December 3, 2022, on the eve of the Qatar 2022 World Cup round of 16 football match between France and Poland. (Photo by Franck Fife/AFP

Kylian Mbappé scored two goals and set up another for Olivier Giroud, giving France a 3-1 victory over Poland and a spot in the World Cup quarterfinals on Sunday.

The Paris Saint-German forward now has a tournament-leading five goals and the 2018 champions are within three wins of defending their title.

Robert Lewandowski scored from the penalty spot in second-half stoppage time for Poland.

No country has repeated as World Cup champions in six decades — since Brazil achieved the feat by claiming consecutive trophies in 1958 and 1962. Italy is the only other nation to have won two straight, in 1934 and 1938.

France’s quarterfinal opponent will be either England or Senegal.

The 36-year-old Giroud had tied Henry’s record of 51 goals when he scored twice in a 4-1 win over Australia in France’s opening game in Qatar.

On Sunday, Giroud collected a pass from Kylian Mbappe in the 44th minute and sent a low shot with his left foot past Poland goalkeeper Wojciech Szczęsny, his former teammate at Arsenal. 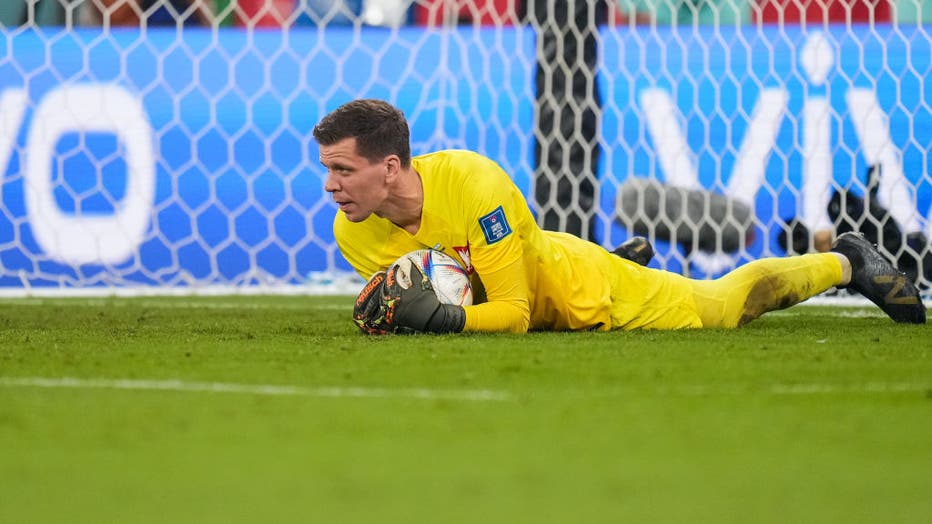 Wojciech Szczesny of team Poland battle trying to score during the FIFA World Cup Qatar 2022 Group C match between Poland and Argentina at Stadium 974 on 30 November 2022 in Doha, Qatar. (Photo by Ayman Aref/NurPhoto via Getty Images)

England captain Harry Kane scored his first goal of this year’s World Cup, helping his team beat Senegal 3-0 Sunday and setting up a match against France in the quarterfinals.

Kane scored for the 52nd time for his country to move within one of Wayne Rooney’s England record. He also overtook Gary Lineker as his country’s leading scorer in major tournaments with 11 goals. 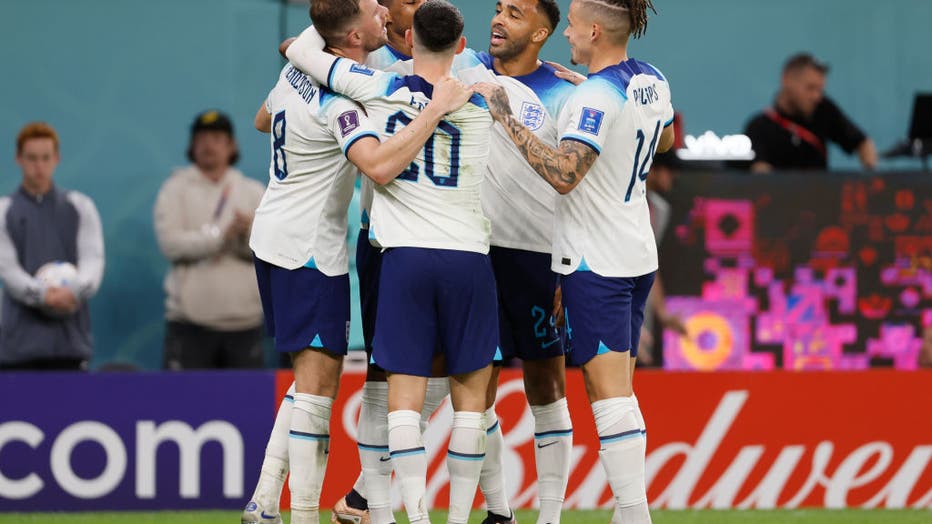 England, which reached the semifinals at the last World Cup in Russia, will face defending champion France at Al Bayt Stadium on Saturday.