AUSTIN, Texas - A penalty kick goal led Austin FC to a tie with Colorado Rapids Sunday afternoon in front of a sold-out crowd at Q2 Stadium in North Austin.

The Verde & Black finished the 2022 MLS regular season in second place in the Western Conference. Austin FC also tied the record for the largest points improvement by a second-year expansion team in league history.

Alex Ring had an early shot saved by Colorado goalkeeper William Yarbrough. Austin then thought they had taken the lead in the 25th-minute, only for the goal to be disallowed after Sebastián Driussi was ruled offside, says the team. 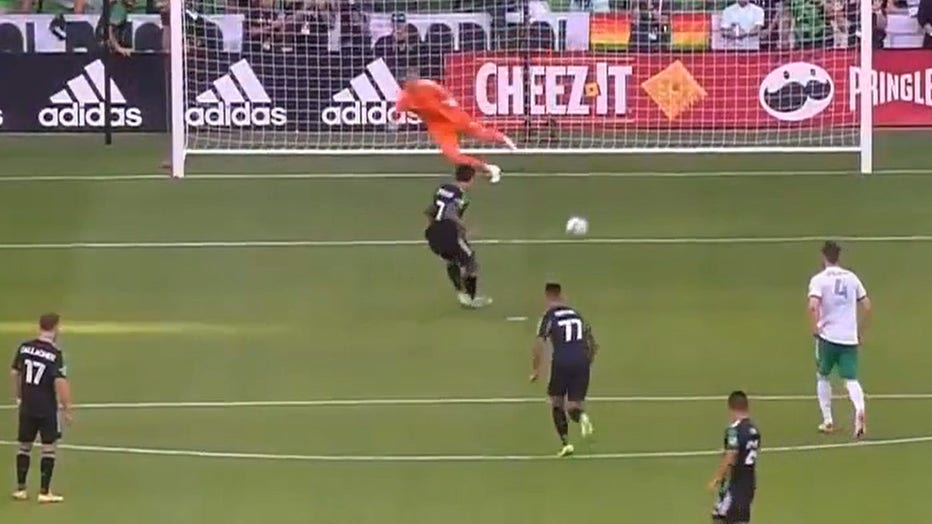 Austin finally found its goal - the 100th in Club history - from the penalty spot in the 81st-minute thanks to MLS MVP frontrunner Sebastián Driussi (center, #7).

Austin finally found its goal - the 100th in Club history - from the penalty spot in the 81st-minute thanks to MLS MVP frontrunner Driussi. Colorado’s Bryan Acosta fouled Felipe in the box, and Driussi converted from 12 yards for his 22nd goal of the season, says the team.

Two Colorado players received yellow cards during the last third of the game: Felipe Gutierrez in the 66th-minute and Rubio in the 80th-minute.

Austin FC will play its first-ever Audi MLS Cup Playoff match next weekend, after clinching the right to host the match at Q2 Stadium by finishing in second place in the MLS Western Conference.