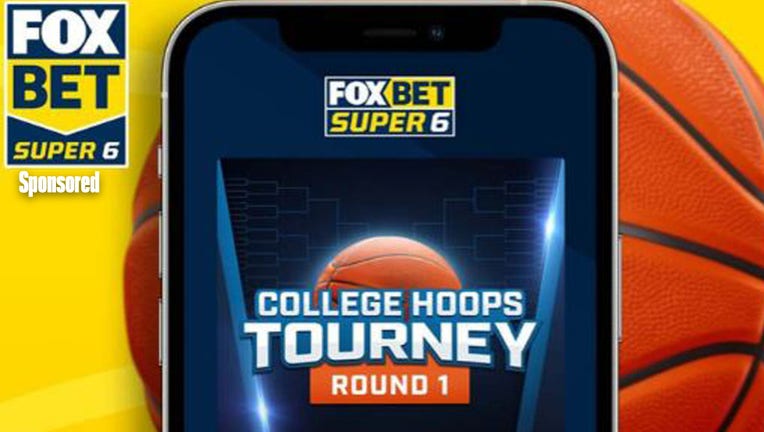 It's time to bring on the Madness! The NCAA Tournament is here, and you could win big yourself absolutely for free in the first round with FOX Bet Super 6.

It is once again time for America to hide that video player behind the fake spreadsheet on the work computer.

This is your one shining moment to work on that nagging cough imitation for that sick day call into work. It is a chance to get completely mad for one of sport’s biggest weekends.

So how can you make the most of the Madness, beyond the ol' office bracket? Well, you could win $5,000 instantly with the FOX Bet Super 6 College Hoops Tourney First Round contest! Just correctly answer all six questions about how the first round will play out, and you could win the grand prize. It’s quick, easy and fun to play — so download the FOX Bet Super 6 app if you haven't already.

To help you cash in, here are the six questions for Round 1 and some thoughts on how things might go.

How many lower ranked teams will make it through their Round 1 matchups?

One thing that might influence this tournament is that the six through 11 seeds really are not much different from one another. While an 8-9 game (say Boise State/Memphis) is always a toss up, the 6-11 game in the South between Colorado State (6) and Michigan (11) is equally challenging to predict.

So if that's the case, the middle to higher end of this range comes firmly into play. There should be some upsets, but they might not be the massive ones you expect. Prediction: 7

What will be the seed of the lowest seed to win a Round 1 matchup?

Let’s be clear: the four top seeds are not getting beat in the first round. If there’s a 2 that could be vulnerable, it could be Auburn, which has limped into the tournament down the stretch, but you can’t consider Jacksonville State as a legitimate Cinderella.

There are a couple of live teams, however, at the 13 seeds in Vermont and Chattanooga, who could beat Arkansas and Illinois, respectively.  Plus, you get the 14 seeds as a bonus prize with the pick. Sounds like a deal to me. Prediction: 13-14

How many teams from the Big Ten Conference will make it through to Round 2?

Let’s eliminate the extremes here first. At least two Big Ten teams will lose their first round game (so good-bye, 8-plus), and more than two should get through.

Our number is 5 — Michigan, Ohio State, Michigan State, Iowa and Wisconsin all should win. Indiana is a wild card, but the toll of the First Four takes them out of the mix late. Prediction: 5

Which team will score the most points in their respective Round 1 game?

College basketball’s most prolific offense this year has been Gonzaga, which has averaged 87.8 points a game this year. Arizona is next from those on this list at 84.6 points a game.

Expect the Zags, however, to go big in their first tourney outing since that flat performance in the national final last year. Prediction: Gonzaga

Which of these players will score the most points in their respective Round 1 games?

Of the guys on this list, Cockburn averages the most at 21.1 points a game for Illinois, but his matchup against Chattanooga may not lend to that dominating a performance.

That’s why we’ll go with Timme, who has played in a ton of these games and who plays on a Gonzaga squad that doesn’t mind running things up a bit against a Georgia State team that doesn’t have a logical matchup. Prediction: Drew Timme

Which of the following teams will score the most 3 pointers in their respective Round 1 game?

Villanova and Iowa both have the same 3s per game average — 9.3 — to lead this bunch. Delaware, however, may be better prepared for Nova, since they are in the Wildcats' backyard. Richmond isn’t as fortunate with the Hawkeyes. Prediction: Iowa

Play FOX Super 6 every week for your chance to win thousands of dollars absolutely for free. Just download the Super 6 app and make your picks today!