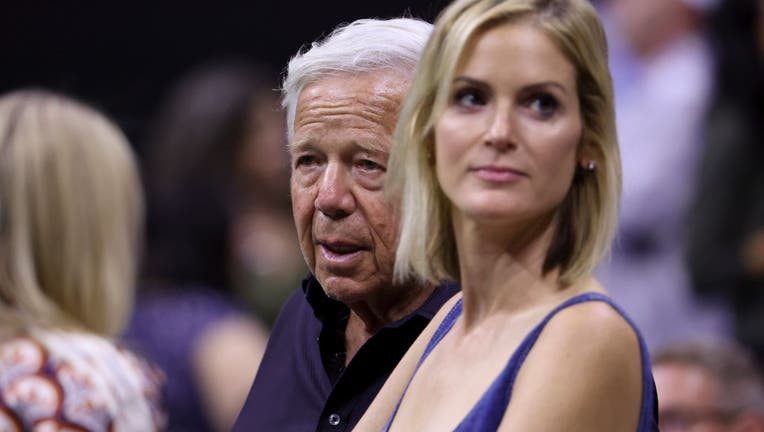 Kraft, 81, and Blumberg, 47, told invited guests the two were having a "Kickoff and a Touchdown Party" at Lumières in Manhattan but didn’t say it was going to be for their wedding, Page Six reported. The plan for John to perform at the wedding was initially thought of when the superstar crooner came to Gillette Stadium as part of his "Farewell Yellow Brick Road tour last month.

"They wanted to get in a zone of sharing happiness with one another, and bringing people together," one source told the gossip column.

Kraft’s first wife, Myra Nathalie Hiatt, died of ovarian cancer in 2011. The two were married for nearly 50 years. Kraft began dating Ricki Lander a year after but the two broke up in 2018, according to Vanity Fair.

Kraft and Blumberg have reportedly been dating since 2019 and first came out as a couple at the French Open. The two got engaged earlier this year.

Blumberg is one of the top ophthalmologists in the U.S.