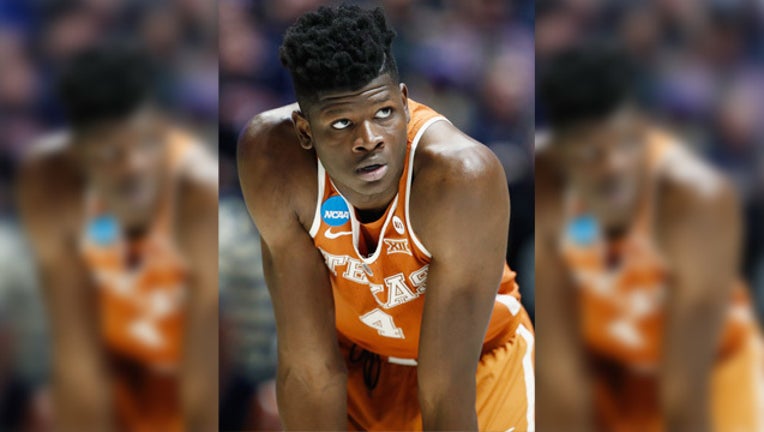 Mohamed Bamba #4 of the Texas Longhorns looks on against the Nevada Wolf Pack during the game in the first round of the 2018 NCAA Men's Basketball Tournament on March 16, 2018 in Nashville, Tennessee. (Photo by Andy Lyons/Getty Images)

Bamba was ranked among the top recruits in the country when he signed with the Longhorns and was considered a likely one-and-done college player. He made his announcement Tuesday.

Bamba is listed as 6-foot-11 with a wingspan of 7-9. He averaged 12.9 points and 10.5 rebounds. He also set a Texas season record for blocks with 111 in 30 games as Texas when 19-15 and lost in the first round of the NCAA Tournament after missing the tournament last season. His rebounding and blocks led the Big 12.

Bamba was hampered late in the season by a sprained toe on his left foot.