More than 60 homes were damaged and more than 20 people were injured after a tornado touched down in Bell County.

The storm impacted the area overnight on April 12 with  large hail, heavy rain and damaging wind and tornadoes touching down in northwest Williamson County and sweeping into Bell County.

Texans who experienced damage as a result of the severe weather are encouraged to report their damages to the Texas Division of Emergency Management's iSTAT survey. The voluntary survey, available in both English and Spanish, can be accessed here.

The governor's office is reminding Texans that reporting damage to TDEM is a voluntary activity, is not a substitute for reporting damage to an insurance agency, and does not guarantee disaster relief assistance. The survey helps emergency management officials gain an understanding of damages that occurred during the severe weather. 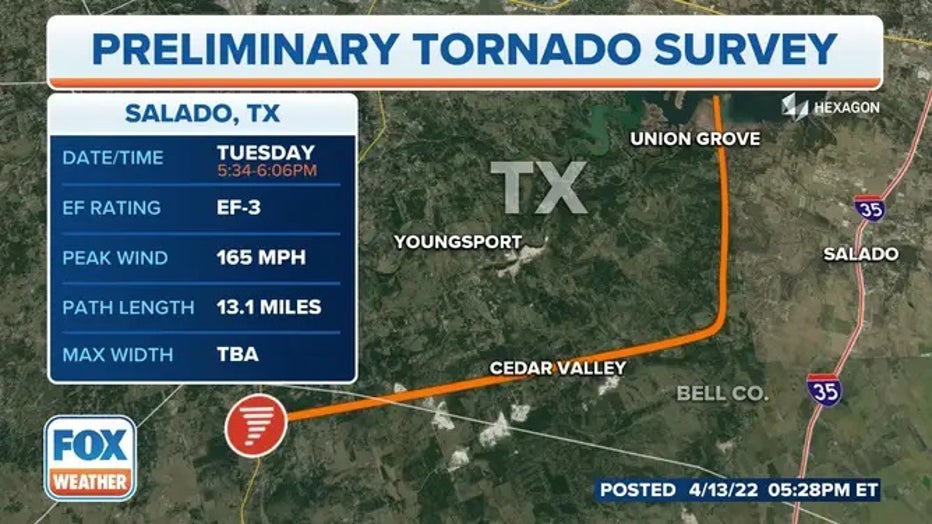 The tornado touched down in Williamson County just after 5:30 p.m. and lasted over a half hour, stretching at least 13 miles into Bell County, according to the National Weather Service. (FOX Weather)

FOX 7 Austin's Zack Shields says the path started north of Florence and then it ended up finishing over a lake no less north of Salado. That tornado has been rated as an EF-3 on the Enhanced Fujita Scale, according to FOX Weather.

The tornado touched down in Williamson County just after 5:30 p.m. and lasted over a half-hour, stretching at least 13 miles into Bell County, according to storm survey teams with the National Weather Service.

The storm caused extensive damage along about an 8-mile path, especially in the town of Salado. Bell County Judge David Blackburn said 63 homes and churches suffered damage of varying degrees in his county. At least 23 people were hurt with 12 being taken to the hospital and at least one in critical condition. 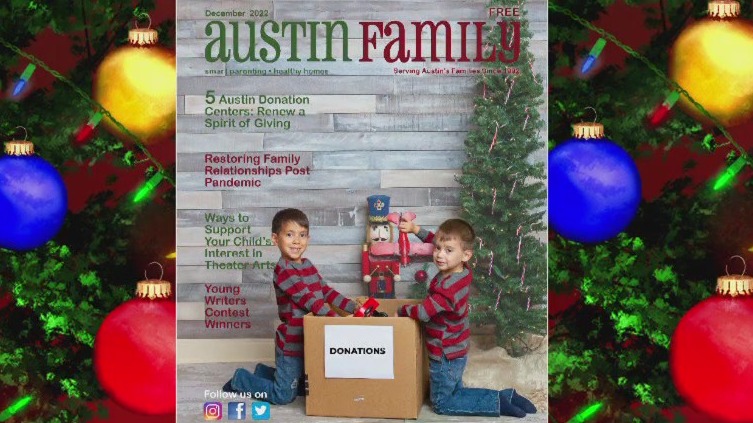