AUSTIN, Texas - When severe weather threatens parts of the Plains, you might hear meteorologists discuss a boundary called the "dryline" rather than a cold front or warm front.

That's because the location of this dryline often plays a role in where severe thunderstorms develop during the spring and early summer.

Three ingredients are required for thunderstorms to develop: moisture, instability and a trigger.

Moisture and instability are often provided by the Gulf of Mexico as warm, humid air surges northward out ahead of an area of low pressure.

The trigger can then come from that low-pressure system's attendant cold front, warm front or, in the Plains, its dryline. 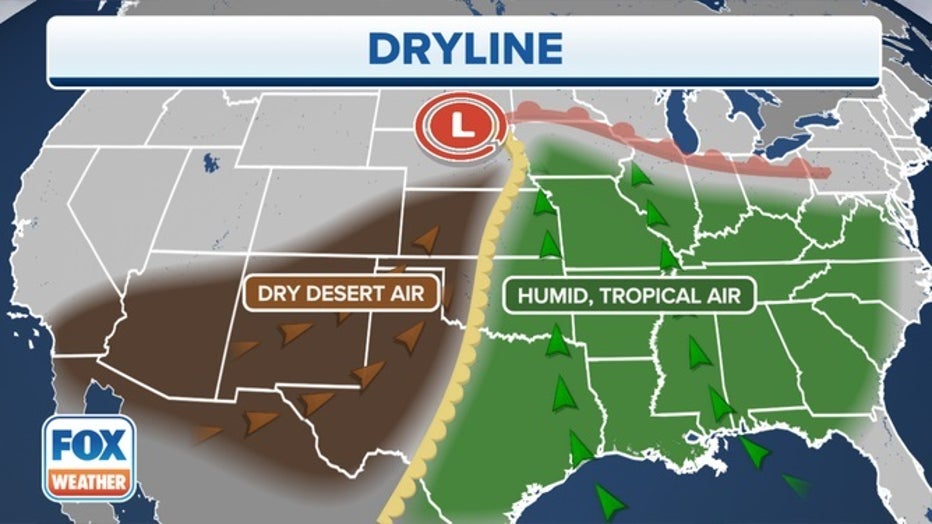 A dryline is solely based on the dew points on either side of it, while a cold front or warm front depends only on the temperatures on each side of the front. Dew points measure the amount of moisture in the air, so a higher dew point means it's more humid and a lower dew point equates to less humidity.

The NWS says a dryline is typically oriented in a north-to-south fashion across the Central and Southern Plains – including Nebraska, Kansas, Oklahoma and Texas – during the spring and early summer, where it separates humid air from the Gulf of Mexico (to the east) and dry desert air from the southwestern states (to the west). 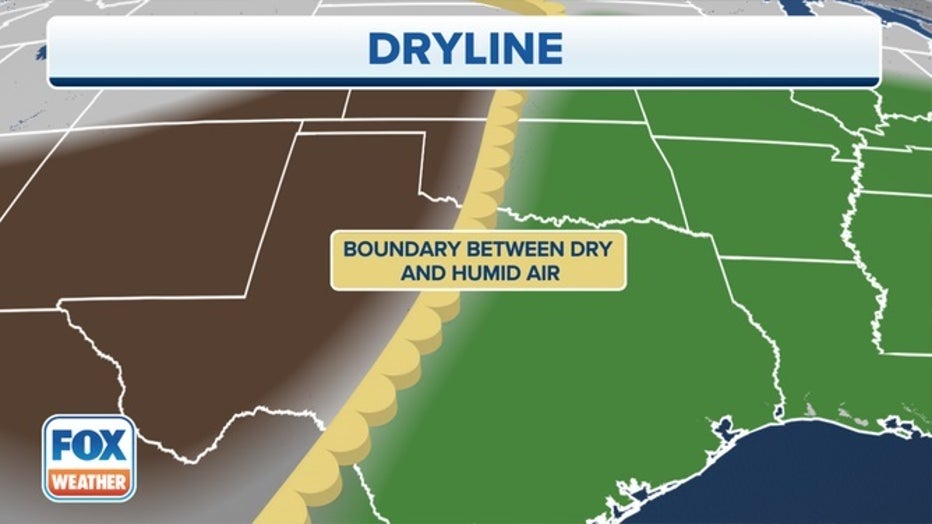 A dryline usually advances eastward in the afternoon and retreats westward at night. However, a strong low-pressure system can sweep the dryline eastward into the Mississippi Valley, or sometimes even farther east, regardless of the time of day.

After a dryline passes through an area, there will be a sharp drop in dew points, skies will become mainly clear, and southerly or southeasterly winds will shift to a westerly or southwesterly direction, pulling in much drier air from the Desert Southwest. However, it will remain very humid in the areas the boundary has yet to cross.

The passage of a dryline can kick up blowing dust and cause temperatures to rise, especially if it passes during the daytime hours.

When a dryline retreats westward at night, these weather changes all occur in reverse order.

Meteorologists pay close attention to the location of a dryline because it's often a trigger for thunderstorms during the spring and early summer. 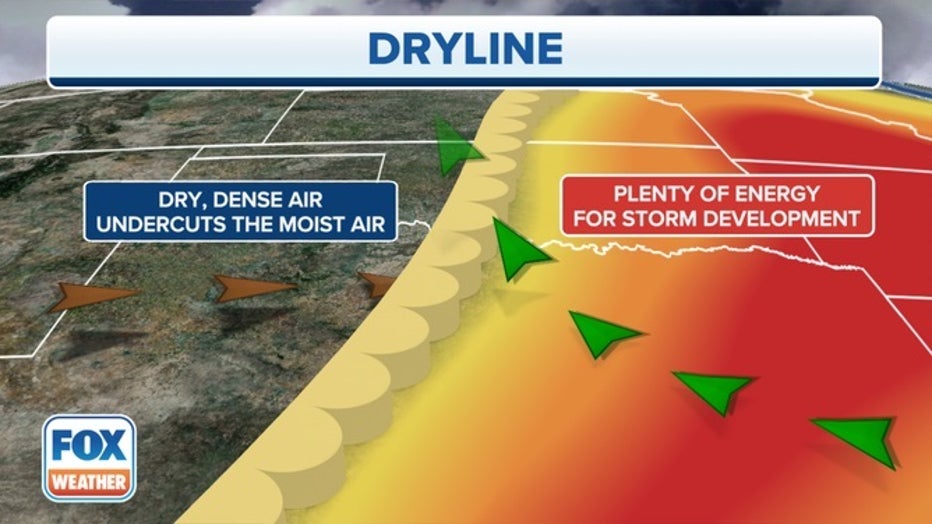 Severe thunderstorms frequently develop along a dryline or in the humid air mass just to the east of it, especially when it begins moving eastward in the afternoon. These storms can spawn tornadoes, damaging winds and destructive hail.

A dryline triggers the formation of thunderstorms because the dry air behind it has a lower density than the humid air out ahead of it, which allows the dry air to undercut the humid air. This collision of air masses causes the air to rise, which results in storms developing on the eastern side of the dryline. 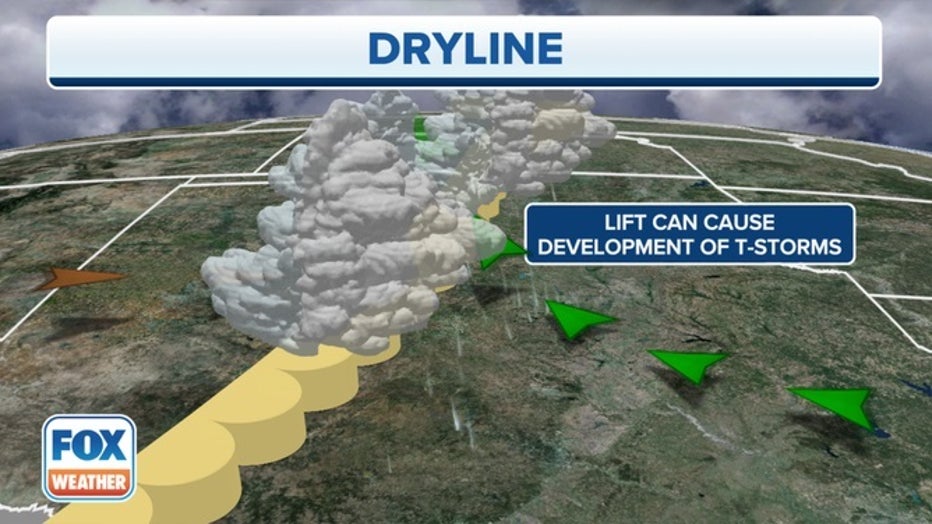 Locations to the west of the dryline typically don't have to worry about any stormy weather since the air is too dry to support the development of thunderstorms.

You can download the FOX 7 WAPP to stay up to date on any severe weather that may threaten your area at any time throughout the year.