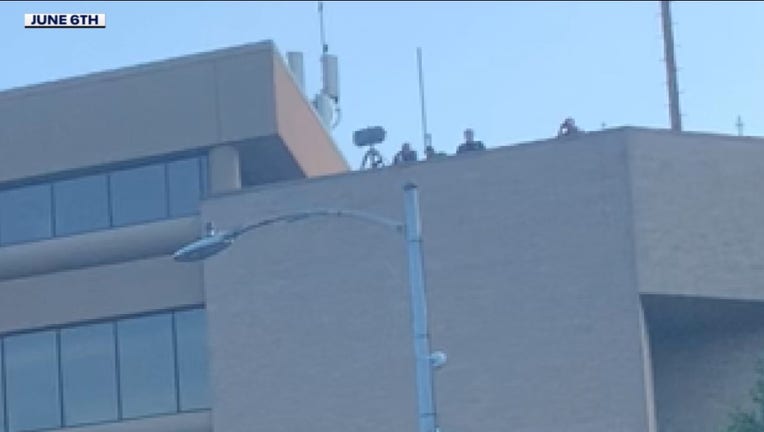 AUSTIN, Texas - Protesters noticed the use of another less-lethal police tactic last weekend, one that most people aren't aware of.

It's a long-range acoustic device, or L-RAD for short, and is a way for police to control crowds.

The Austin Police Department confirmed to FOX 7 Austin that the department does have an L-RAD 450XL model on top of the building to communicate with the protesters "if the need arises."

APD says that although the device has other capabilities, they use it as a public announcement system to "notify individuals who are breaking the law." The L-RAD was used on June 6 to direct protesters off of I-35.

L-RADs have the ability to produce sound at a very high frequency that can cause headaches, panic and potential hearing loss. For comparison, a normal conversation is about 60 decibels, a lawnmower is about 90 decibels and, depending on the person, human pain tolerance is typically 130 decibels.

APD says they follow the manufacturer's instructions for deployment and that the department put the device on top of the five-story building to "ensure there is plenty of space between the device and the public."