Efforts continue to save and share the history and legacy of Austin's first racially desegregated public golf course. Scotty Sayers has more on Lions Municipal Golf Course and new photos and video of Joe Louis.

The course, called Muny, was the first public course in the South to racially desegregate and is listed in the National Register of Historic Places.

Louis was a legendary heavyweight boxing champ, but he was also an influential amateur golfer as well. Shortly after Muny was desegregated, Louis, who publicly opposed Jim Crow laws and became an ambassador for the game of golf and fierce crusader for the rights of African American golfers, played the course in 1951 and again in July 1953, when he shot near par.

HOW WAS MUNY DESEGREGATED? 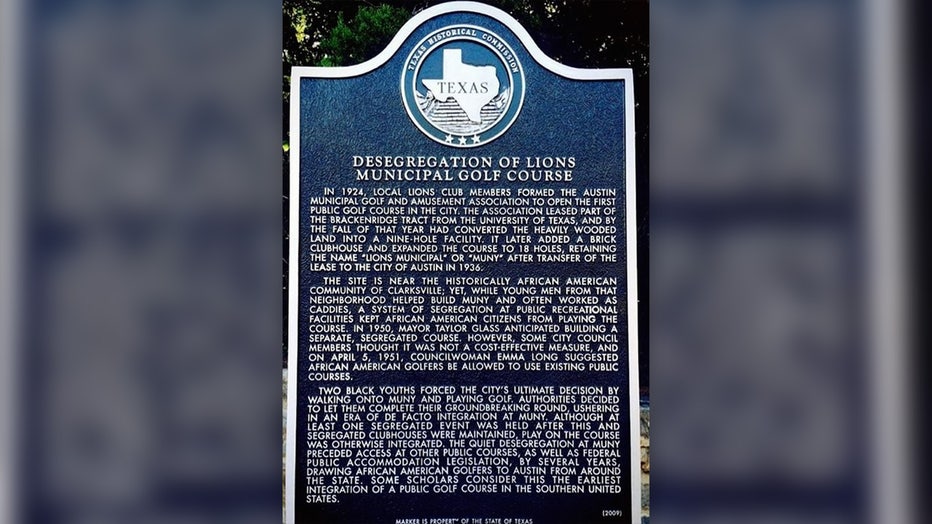 In late 1950, there were not yet any integrated public golf courses in the South. Officials say following the U.S. Supreme Court's decision in Sweatt v. Painter, and before Brown v. Board of Education of Topeka, two Black youths walked onto Muny and began playing.

The Muny staff working that day called City Hall to seek advice on how to handle the trespassing youth. After a quick discussion with council members, Mayor Taylor Glass said, "Let them play." The simple act of allowing the kids to finish their round is how Muny earned the title of the first desegregated municipal southern golf course.

Soon after, and with the formal recognition of the Austin City Council in early 1951, Lions Municipal Golf Course was open to all who came to play. Unlike other southern courses that would follow, many not until years later, Muny’s desegregation came peacefully, without protest or court order.