An analysis of traffic numbers from a local tollway is providing insight into the economic impact of the COVID-19 pandemic.

AUSTIN, Texas - Just a few weeks ago the roadways in Austin were wide open. Traffic has started to pick up and based on data from the Central Texas Regional Mobility Authority, it’s far from a full rebound.

Change in driving habits could change how roads are built in the future.

Right now, there are certainly more vehicles on the roadways and a lot more in shopping center parking lots. "It’s just people trying to get out there and back to a normal sense of life, it doesn’t surprise me one bit,” said local driver Ben Mitchum.

The increase in traffic is also a sign of how people are adjusting to life during a pandemic.

"We are over here in Georgetown, and we are off of Hwy 290, and it now backs up for a half a mile to the freeway, so it is really getting crowded,” said Ray Bruett.

MoPac with its new expressway has gauged the impact of COVID-19. A bar graph produced by the Central Texas Regional Mobility Authority shows vehicle transactions from August 2019 to July 2020. The eleven-mile-long north and southbound lanes consistently had about a million transactions, but that dramatically changed after February.

"There wasn’t a trend from COVID, it was a dive,” said CTRMA Executive Director Mike Heiligenstein.

The entire tollway system in Austin, according to Heiligenstein, is an economic indicator. "So whether it was free or tolled, everything was off the cliff, the entire region, even I-35, when you can jump on I-35 at 5:00 and go 60 mph, you know the world has changed,” said Heiligenstein.

The central part of the MoPac Expressway clearly shows a shift in and out of the core part of Austin. The count, northbound from Enfield, before the viral outbreak, was in the 300,000’s. Transactions dropped under 200,000 in March, then fell to about 34,000 in April, but in May an uptick began as some businesses started to reopen. 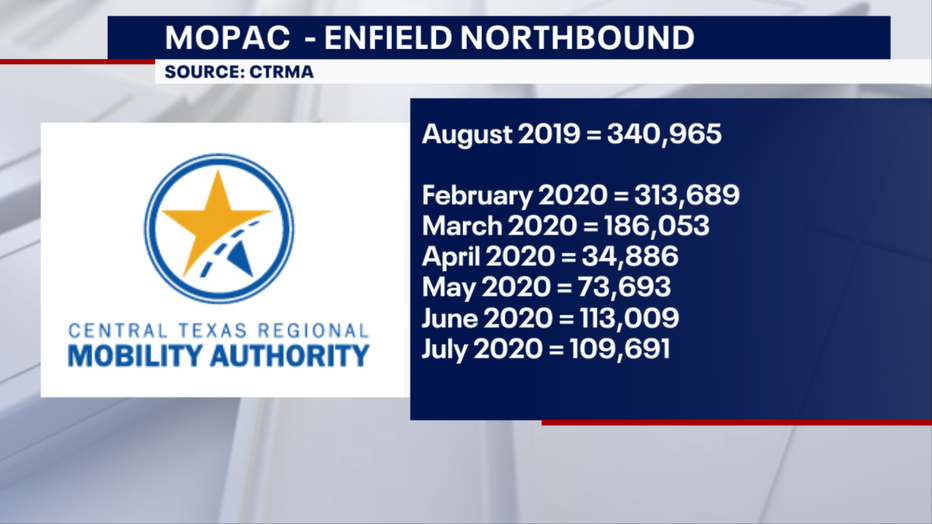 The increase continued in July with a count close to 110,000. The southbound lane from RM2222 had similar big numbers between August and February, along with big drop-offs in April in May and an upward trend starting in June. 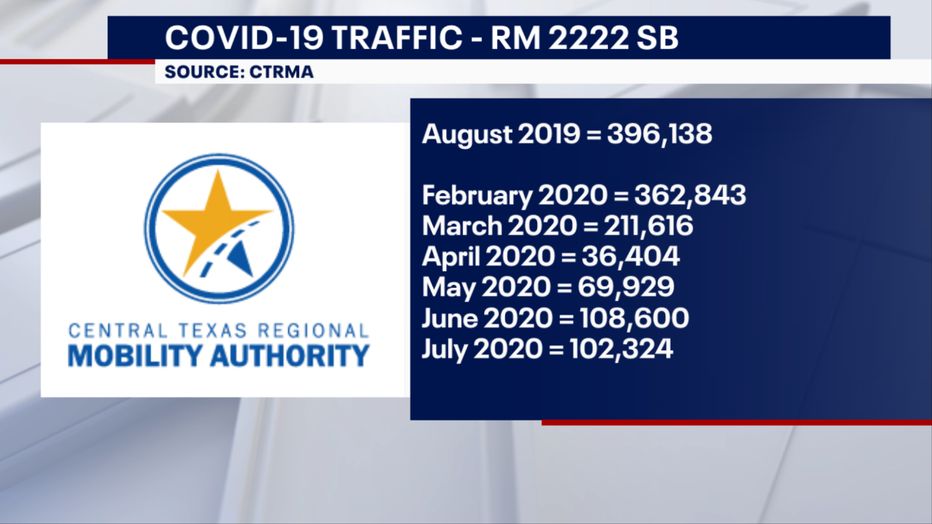 CTRMA is calculating a possible weekly growth rate between two and four percent. There's a lot of ground to make up. 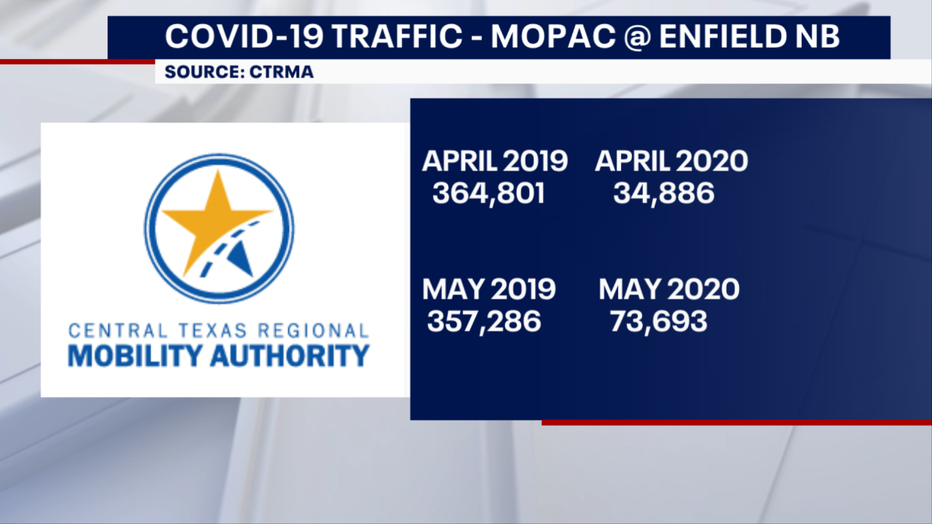 The authority is currently reviewing a survey of customers regarding future commuting.

"I think what we are going to be doing is evaluating what is the best way to come back out of the COVID, and I think you are going to see another 10% or 15% of people who will work from home permanently, that in of itself, will change our travel behavior, change our congestion, it’s going to make a significant impact on the projects he have out there. Particularly the managed lanes,” said Heiligenstein.

The mobility authority, according to Heiligenstein, has the money to take care of current projects and those already underway.