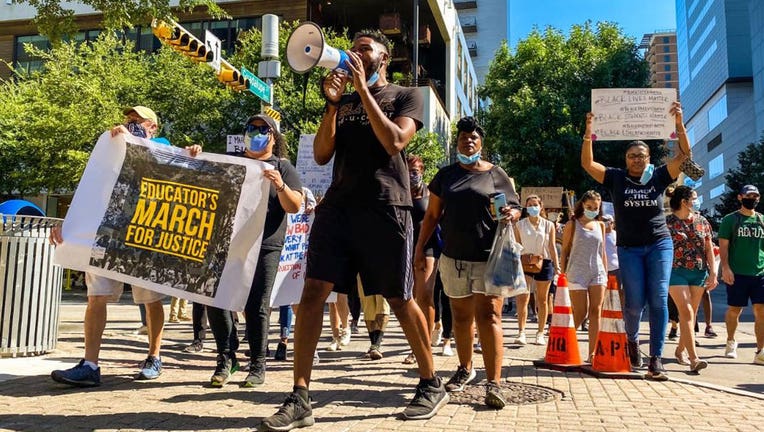 AUSTIN, Texas - Public and private school educators gathered in Republic Square for the Educators March for Justice before marching to City Hall to protest police brutality and advocate for the Black Lives Matter movement.

The march began at 9 a.m. and ended at around 11 a.m. It brought together a coalition of teachers, administrators, students, and families from around Central Texas.

Organizers say the goal is for those involved to demand change to local policing and inequitable systems that harm black students and their communities.

One of those demands is to reduce the Austin Police Department by $100 million and allocate those funds for community services directly benefitting underserved students.

Organizers expected about 1,000 people to attend the protest.